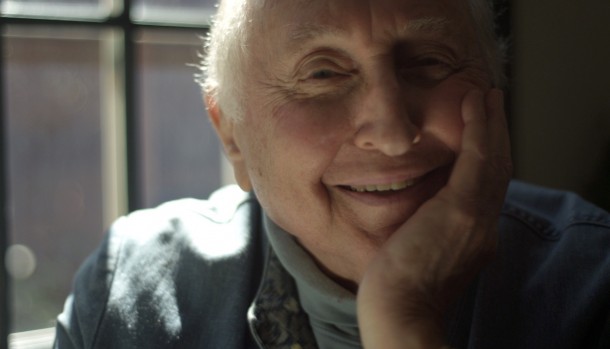 Sometimes chance encounters can lead to something extraordinary, and in the case of actor/director Ethan Hawke (Before Sunrise) meeting the concert pianist Seymour Bernstein (*1927) over dinner to talk about the stage fright both men suffered from, it lead to an extraordinary contemplative documentary about music and the meaning of art.

This is a biopic, but we certainly get to know Seymour Bernstein, who abandoned his glittering career as a concert pianist in 1977 at the age of 50, to concentrate solely on teaching. Bernstein’s family home provided no musical encouragement, his father expressed his disappointment with his son by telling friends and family “I have three daughters and a piano”. We see clips and photos from Bernstein’s time in the Korean War where he and a cellist introduced the soldiers to classical music.  Then, there is his patron, Mildred Booth, who worshipped his talents in her big mansion: Bernstein fled in spite of being showered with gifts.

But mainly, Seymour is a discourse about music and the role of contemporary art/artists. Bernstein has lived alone for the last 57 years in a large, cosy bedsit in New York. The outside world does not intrude, only his students are allowed in. He is a patient but exacting teacher with a wicked sense of humour, telling one of his students “you are not allowed to play better than me”, after she mastered a difficult passage. As mentioned, Bernstein suffered from stage fright but this was not the main reason for him giving up his solo career: the commercial and competitive aspect of music started to overshadow the actual music played and lead him to concentrate solely on teaching: “I found my creativity as a teacher”. One of his ex-students, the Times art critic Michael Kimmelman, who somehow fell short of Bernstein’s rigorous demands, is told how important personal development is for the artist. Many pianists become ‘stars’, but end up being neurotics, like Glenn Gould, who “was technically perfect, but a total neurotic mess”. Gould told a friend how he crossed his legs on purpose during a performance, to give the critics something to write about. The opposite of Gould is one of Bernstein’s teachers, the British pianist Clifford Curzon, a man without any Ego, who was just interested in interpreting the music. Another point Bernstein makes, is that “male musicians and composers are taught to subdue the feminine”, a very valid point, particularly relevant right now, after watching the macho-ideology of films such as Whiplash.

Apart from reflections about music and its role in society, we watch Bernstein teaching his students, and trying out an endless number of Steinways for his semi-private recital in March 2012. Whilst Bernstein does not embrace any faith, “in all religions, everything depends on the deity”, he believes ‘the universal order is represented through music as an extension of ourselves”. Finally, after playing Schumann’s “Phantasies” as a wedding present to his wife, the pianist Clara Wieck, Bernstein comments ”I never dreamt that with my two own hands, I could reach the sky”.

Ramsey Fendall’s images are gracefully rendered, particularly those in the interior of Bernstein’s flat which are softly lit reflecting the many lampshades in the room, creating a sort of magical impression of the pianist and his world. This is an impressive documentary debut for Ethan Hawke who structure is not always faultless, but somehow enhances the ad-hoc nature of these reflections, which are a rejection of all contemporary populist notions about art and artists in a commercial world. AS

ON GENERAL RELEASE IN SELECTED ARTHOUSE CINEMAS FROM 23 MARCH 2016