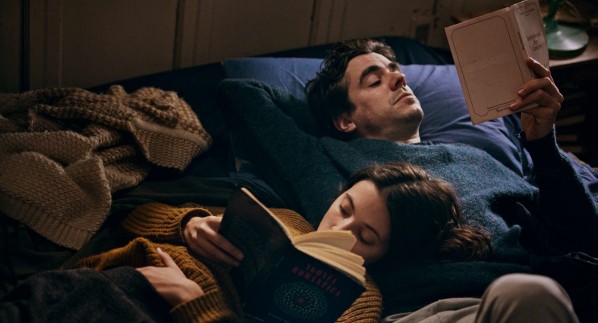 This conventional but stylish drama from Brazilian auteur Felipe Hirsch is a love letter to literature and reading in general. The story unfolds an old part of Buenos Aires or maybe Montevideo, where a man (Daniel Hendler) runs a vintage bookshop with many rare first editions. It also provides a meeting point for literary lovers to engage in the occasional relaxed soirée. The business runs smoothly and each day he opens shop but only appears to have one tentative customer in the shape of Ana (the coltish Carla Quevedo) who browses the dusty shelves teasingly but never buys. As the man develops a fascination for this young bohemian beauty who lives with her father in a nearby pensione – or so she says – and it soon emerges that her loose mannish clothing enables her penchant for cleptomania, as gradually his books disappear, as his obsession for her increases and an affair eventually develops.

SEVERINA is a delicately sensual affair which wafts enigmatically between reality and mystery until the two interweave and gradually become indistiguishable. A paean to romantic love as much as a celebration of wine-fuelled literary conversation and intellectual debate, SEVERINA recalls the languor of long afternoons and late nights spent reading in companionable silence.

The Brazilian filmmaker bases his drowsy drama on Rodrigo Rey Rosa’s book of the same name and is dedicated to the sheer pleasure of reading. But he keeps his narrative loose and enigmatic. Quevado gives a stunning performance as the seductive but manipulative minx who have the bookseller in her thrall as she comes and goes elusively claiming to live with her father – who could also be her lover – or even both, played by a louche Alfredo Castro in seedy ‘foreign correspondent’ mode. The tone turns more unsettling when he is taken seriously ill throwing the lovers together in the dusty rooms of the bookshop, as the bookseller is drawn inexorably under Ana’s spell in the sinister finale of this persuasive and intriguing Noirish drama. MT