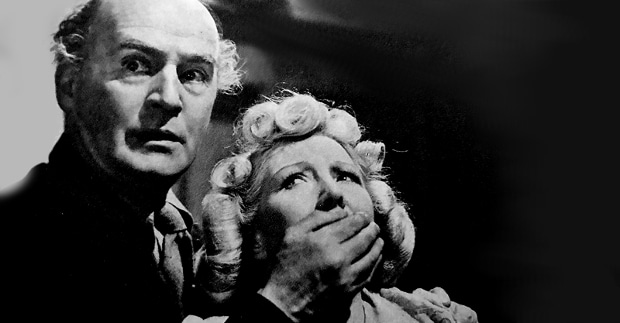 Just how long ago this was made is evident from the opening shot of the postman marching up to 10 Downing Street and what looks like less than half a dozen letters hitting the mat. That it’s set in a London of barrel-organs, when tickets on the Underground cost tuppence and memories of the Blitz made the evacuation of London seem far less far-fetched then than now makes you realise just how long this particular Sword of Damocles has hung over all our heads.

Before we know the contents to Willingdon’s letter the response of Follard’s assistant to reading it is all the more disturbing for being an amused “Another one for the loony bin I suppose” (the second we see reading it bursts into tears).

Although the authorities automatically declare Willingdon mad and what he attempts is monstrous, the film itself is deliberately ambiguous on the matter. The Boultings in later films sent up the clergy mercilessly but Willingdon’s vicar is portrayed sympathetically. But while the first thing we learn about the Professor is that he’s the son of a bishop but finds no comfort in prayer. @RichardChatten