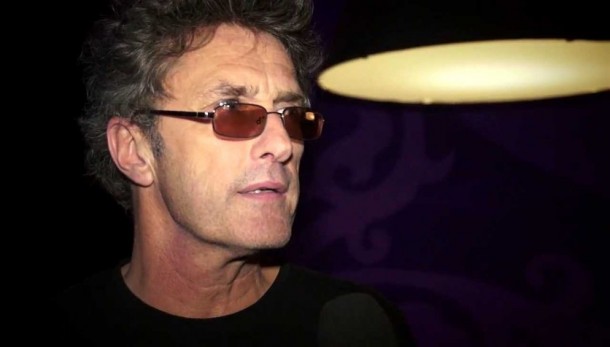 Radovan Karadšic styles himself as a poet and professional psychiatrist in Pawlikowski’s observational documentary that attempts to look at the Serbian nation from a purely anthropological point of view. Playing their sinister folkloric lutes, with a bow, in the dusk of the hills around an industrial-looking Sarajevo in this valley below, the Serbians appear to be a weirdly hostile crowd, and certainly one to be reckoned with. A hundred year’s old shaky archive footage of the Serbian Coronation of King Peter I is also a fearful affair. Clearly, this is a God-fearing nation of Orthodox Christians with all their pomp and splendour. At a Christening service, a bishop in full medieval robes prays that Serbia will “shine like a flock of stars in God’s grace”.

Radovan describes Serbia’s age-old fight against their neighbours, the equally fierce Turks, and gives this as a good enough reason to justify their violence and routing in Bosnia in order to “ethnic cleanse” their nation of Muslims – “we are not aggressors but defenders of our own territory”. Later, military types are seen rushing around with guns and guerilla battledress in the lush and mountainous countryside. The vestiges of the Turkish inhabitants, the ethnic Muslims, fled to the mountains where they “chose to be poor but not to change their religion” opines Radovic.

It all started in 1389 with the Battle of Kosovo, when the Turks defeated the Serbian King Lazar and his army, who died as Christian martyrs (martyr derives from the Greek “witness”). King Lazar then became a Christ-like figure in Serbian folklore, a belief that has been handed down through the generations and still survives today. The monarchy was established 500 hundred years later by the Karadjordjes family, with Peter I, being crowned in 1903. In 1929 the Kingdom was renamed Yugoslavia, under Alexander I, his son. In November 1945, the throne was lost when Communists seized power, but Prince Tomislav (1928 – 2000), Alexander’s son, a tall and rather well-spoken man who speaks the Queen’s English perfectly, and takes us through the dynasty ending with a remarkably life-like portrait of his youngest son, Prince Michael, is now dead. His eldest son, Prince Nikolas (b.1958), now styles himself “His Royal Highness, Prince Nikolas of Yugoslavia”.

Radovic appears to be a more gung-ho version of Hitler, who roused the German people after they had been brought to their knees after their grim defeat in the Great War. Radovan, through the power of myth and folklore, has done the same for the Serbian nation, who seem in Pawlikowski’s documentary, to be a God-fearing country people who are only too glad to be roused by nationalistic pride for their country. MT