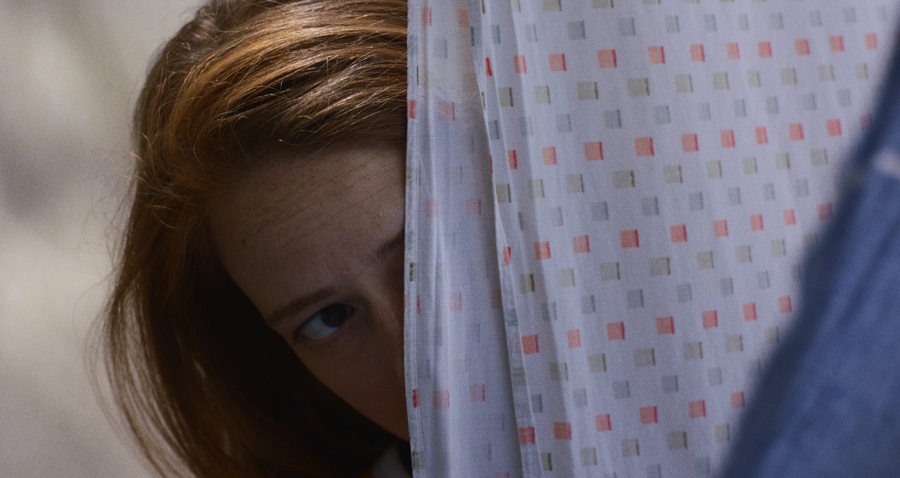 A troubled father and daughter relationship is the focus of Jaqueline Lentzou’s feature debut that has its world premiere at this year’s Berlinale. Running along similar lines to Sally Potter’s recent Roads Not Taken this is a less accessible but ultimately much more rewarding arthouse drama that sees two people embarking on a voyage of rediscovery and redemption during one stifling slow-burn summer in Greece.

Artemis is a single 24-year-old living in France when a frantic phone call from her divorced mother calls her back home to Athens — where her father Paris is suffering from multiple sclerosis and has been admitted to hospital.

Annoyed and resentful – the two never saw eye to eye – Artmesis (Kokali) gradually gets to know him again and begins to understand what went wrong.

The story of Artemis’ return to the family circle unfolds in a series of dreamlike early sequences where the focus is the young woman’s fleeting reverie as she heads to the airport in a taxi. Once in the thick of the clinical environment, the gaze remains on Artemis and her thoughts and feelings as Lentzou establishes the gravity of her father’s situation, off camera, in snatched discussions with family members and medical staff.

Eventually Paris and Artemis are thrown together by force of circumstance, the father helplessly in need of his daughter’s care in the first days in hospital and when he moves back to the comfortable family house with its lavish setting. Frustrations emerge for an irritated Artemis who must work through her negative feelings with her sick father while at the same time drawing on her compassion as a human being. And in these scenes her character gradually thaws.

In what is essentially a two-hander, the other characters making only peripheral appearances, Lazoros Georgakopoulos is quietly likeable as her father, turning in a performance of extraordinary physicality considering he is actually not suffering from the disease. Sofia Kokkali copes with a difficult role, a justifiably embittered woman forced to be kind and helpful to a father who has clearly failed her on deep level is a tough call and one which she brings off with subtlety and a gently vulnerable appeal.

The reveal comes as a bombshell rather than a quiet awakening, and takes the film into its final, acceptance phase where child and parent must bond and repair the damage, Artemis is seen taking her anger out on her mother who mutely takes the force of the blame. MT

RELEASED IN CINEMAS ON 24 JUNE