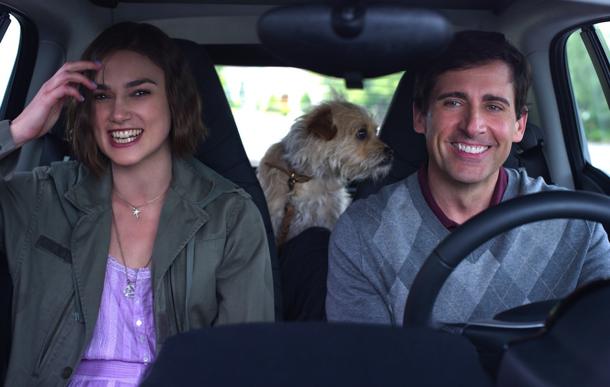 What have Keira Knightley and Steve Carell got in common? Not much. And since when does a young and dipsy boho type from Hoxton get it on with a middled-aged insurance salesman taken to wearing Val Doonican golfing sweaters ?  The answer is they don’t and despite Steve Carell’s self-deprecating style and Keira’s considerable acting talents Seeking a Friend for the End of the World, apart from having a awkward title, fails on this crucial issue of characterisation.  If you’re a devoted fan, don’t let me put you off this lightweight romcom road movie about the lead up to end of the World.  Lorene Scaferia found success with “Nick and Norah’s Infinite Playlist” so it’s a shame that her directing debut has very few redeeming qualities other than an absolutely cracking sardonic opening.  Thereafter the  writing soon goes soppy and the film crashes like a misguided meteor.  Sorry but I did tell you.