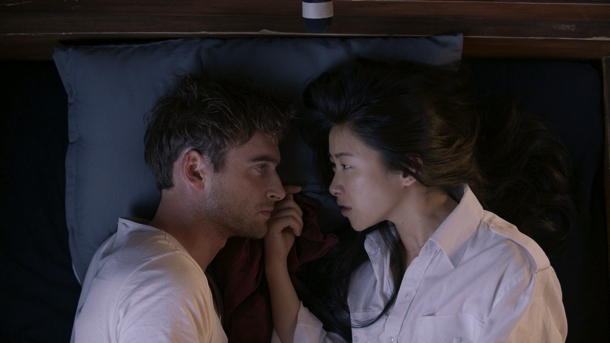 Inspired by Joseph’s Conrad’s 1909 novella, SECRET SHARER sets sail full of ‘Eastern Promise’ and so it should. Filmed on the widescreen with magnificent visuals of the Gulf of Siam, the original is a story fraught with exotic intrigue that follows a young captain Konrad (Jack Laskey) on his maiden voyage with an unknown crew.  But Peter Fudowski’s version is set in the present day and the mysterious swimmer who climbs on board the ship at night is a seductive Chinese girl (Zhu Zhu) – not a man, as in the novel. Konrad discovers she is married to the Captain (Leon Dai) of a nearby ship and wanted for the murder of one of his crew. And in a further twist, it appears that Konrad is being bribed to sink his vessel. 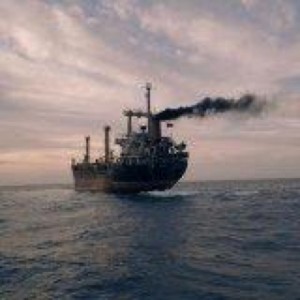 Directed, written and produced by Fudowski himself, this is a lavish voyage that rapidly sails into stormy waters as Fudowski attempts to fuse two films into one. As Konrad, Jack Laskey lacks screen presence and his crew are also a motley bunch who fail to redeem themselves due to poor characterisation and a drama with no dramatic punch whatsoever. From the start, we care nothing for these characters or what becomes of them, largely due to slack performances and a poor script that limps along in Mandarin and English.  By supplanting a woman (instead of a man) as the strange floater who mysteriously boards the ship, Fudowski is hoping to inject some romance into his romantic thriller casting Zhu Zhu for her looks alone. While this may provide a shot of titillation for some viewers (as her bum cheeks protrude cheekily from under her shirt) it’s certainly not a relationship “Shot through with suspense and intense eroticism”. There is no chemistry between the leads who morph in a sterile brother/sister relationship early on (the boyish Captain may fantasise about her in his feverishly wet dreams but he doesn’t possess the “balls” to carry this through), spending the night sharing a bun,k but very much as friends rather than lovers. As a character Li has little to offer this turgid drama (apart from her pert bum) and although she is billed as being the link between the crew and Captain, there’s little evidence that they respect her enough to take her seriously either. MT

SECRET SHARER IS ON GENERAL RELEASE FROM 27 JUNE 2014