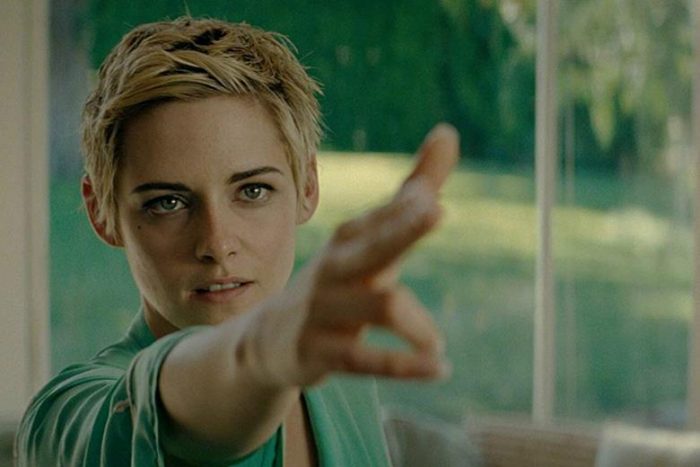 Even Kristen Stewart at her most ravishing can’t save this awkward biopic. She plays the ground-breakingly liberal American actress Jean Seberg who met her professional fate at the hands of Edgar Hoover’s FBI, eventually dying of an overdose in Paris in 1979.

Seberg had made her name starring alongside Jean Paul Belmondo in Jean-Luc Godard’s 1960 Nouvelle Vague film Breathless (A bout de Souffle), but none of this information is provided in Joe Shrapnel and Anna Woodhouse’s script. Stewart captures her well-meaning naivety with delicate allure. She juggled the radical politics of the era and had a tricky time of it as an Avant-garde figure in an era of change, and she suffered as a result.

The film opens with a brief scene showing Jean being burned at the stake in Otto Preminger’s Saint Joan. We then meet Seberg in Paris at the age of 30 and on the verge of leaving her husband Romain (Attal) and baby son to join the 1968 musical Paint Your Wagon. On the plane to the US she clashes with radical black political activist Hakim Abdullah Jamal (Anthony Mackie). This leads into a pivotal meeting with FBI agents Jack O’Connell and Vince Vaughan who gradually dismantle her emotionally.

Despite all the negativity, Stewart is mesmerising as she wafts around her Coldwater Canyon hideout in a series of flimsy kaftans, her wide-eyed beauty and fragility encapsulated in Jahmin Assa’s dreamy set design. By no means a shrinking violet, she comes alive with a steely resolve when the going gets tough. And Stewart’s fans with certainly find much to admire in her performance which provides the focus here in this rather sprawling and unconvincing drama. Above and beyond her talent as an actress, Seberg supported many worthy causes: from the NAACP to the Panthers and Native Americans: certainly not just a pretty face, and Stewart conveys all this in her subtle and winning performance. MT