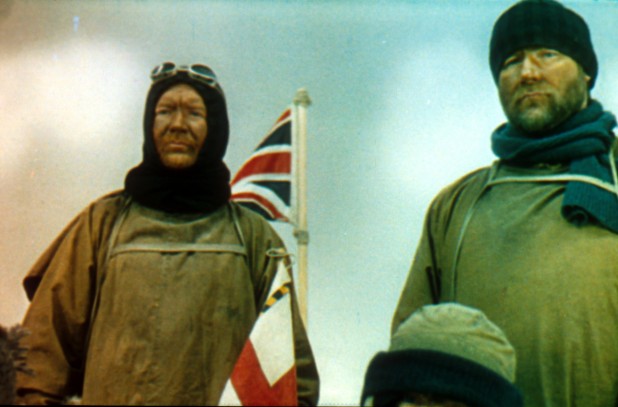 Scott of the Antarctic (1948) | Bluray DVD and EST release 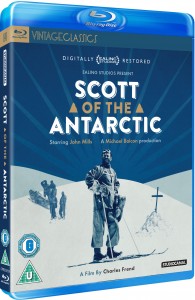 Here Charles Frend directs one of Ealing Studios’ most impressive productions featuring a sterling British cast and using Robert Falcon Scott’s diaries to recreate in meticulous detail the fatal 1910 expedition to the South Pole. Keeping the doomed mission alive, Herbert Ponting’s actual expedition footage has been used along with location camerawork to re-inspire a journey that was fraught with setbacks. Together with Arne Åkermark’s studio recreations, shot in Technicolor by Jack Cardiff, Osmond Borradaile and Geoffrey Unsworth, this gives a remarkable visual account of what actually happened during those fateful months, 0ver a 100 years ago. Sombrely scored by renowned British composer, Ralph Vaughan Williams, in what later became  known as his Sinfonia antartica.

The audience is naturally well aware of the outcome of the tragedy and so SCOTT OF THE ANTARCTIC makes for a patriotic and pitiful watch rather than a tense one. A chronological narrative gradually unfolds showing how a series of errors of judgement led ultimately to the negative outcome: largely attributed to inadequate financing and supplies, the use of unreliable motor sledges instead of dogs and the failure to gauge the weather conditions. Despite this, the film makes a fitting tribute to the abiding stoicism, courage and innate good nature of the British team who obeyed orders, never once complaining, despite their bitter disappointment which could so easily have been turned to triumph with greater preparation and awareness. MT