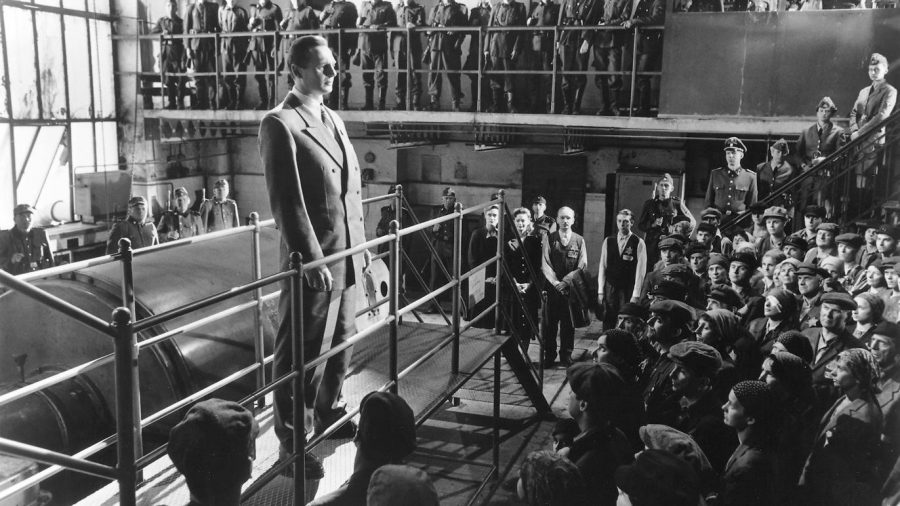 Based on a novel by Thomas Keneally, Schindler’s List is possibly Spielberg’s most noble arthouse classic, and certainly as memorable as Jaws. In German-occupied Poland, 1939, an opportunistic German businessman turns humanitarian hero by saving his Jewish workforce of some 1100 after witnessing their persecution by the Nazi Germans. Certainly this was Liam Neeson’s finest hour in the lead role of Oskar Schindler. Nothing he has done since has quite reached the heady heights of his break-taking performance as the Czech factory owner, who ends up penniless. The grainy camerawork gives an immediacy to the tragedy of brutal, casual slaughter of innocents. Kingsley, too, is tremendous as Stern, the crafty accountant; and would go on to better things, as would Fiennes as Goeth, the steely leader of Plaszow camp. Spielberg’s direction is masterful in bringing clarity to the incomprehensible darkness of the Holocaust unfolding bleakly in this black and white chronicle of wartime wickedness. Crucially, Schindler’s List brought the Holocaust to younger, mainstream audiences, many of whom would witness for the first time the grim fate of victimised Jews, and would be shocked to the core, Janusz Kaminski’s images seared to the memory. MT