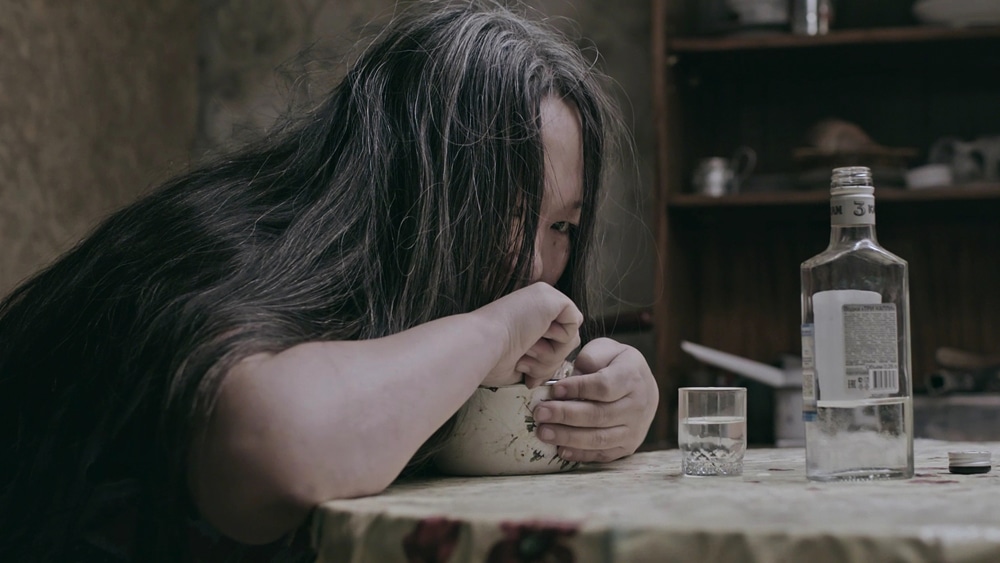 Sakha director Dmitry Davydov, a rising star internationally, has built an intriguing drama with horror genre elements on the basis of this frosty story about a social outcast ostracised by uncompromising locals whose obdurate demeanour reflects their dour surroundings and harsh outlook on life.

A modern day fable of witchery is wrapped round an astonishing central performance from Valentina Romanova-Chyskyyray who plays a healer who lives in the vast, snowy expanse of the Sakha Republic in Russia. Ostracised by the local population despite her proven supernatural powers, she is clearly a neutralising conduit of disease and toxic negativity, suffering grotesquely- or even entering a trance-like state each time she treats a patient, making this feel authentic as well as intriguing and visually arresting with its evocative occasional score that features the ‘krymppa’, a rustic violin-like instrument.

Enigmatic, spare on dialogue and immaculately photographed in picturesque widescreen long takes and in intimate close-up by Ivan Semyonov in a monochrome palette of taupe and snowy greys, Scarecrow is one of the strongest, recent examples of the flourishing Sakha cinema, where local makers stray beyond the confines of Russian cinema, creating their own cinematic identity.

Like many other Sakha makers, Davydov is a self-taught director who combines serious drama with genre elements, Sakha folklore and landscapes. The disturbing scene, shot in one long take, in which the troubled lead takes great gulps from a vodka bottle whilst crying, is haunting, mesmerising and memorable. MT