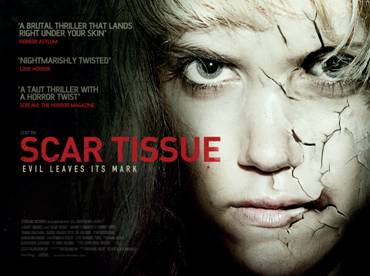 Luke, an ordinary bloke, wakes up one morning and finds a mutilated corpse in his bathroom. He soon teams up with Sam Cross, a police detective on suspension, whose older sister was murdered by the serial killer Edward Jansen twenty years ago, before he was shot dead by police. But the corpse in Luke’s bathroom has Jansen’s DNA all over it, and soon more grisly murders happen all over London – always seemingly committed by serial killers; long dead. More and more sinister protagonists are introduced. It emerges that the government has cloned the killers to see if their “offspring” has signs of deviant DNA which could be eradicated in future in order to make this planet peaceful for good. Like all developments in this British thriller, the identity of the killer is “telegraphed” early on, simply by suddenly leaving him out of the storyline shortly after introduction.

Michell has plenty of seen enough B-movies, horror or otherwise. But instead of trying to find a variation of his own, he throws everything together into a gruesome mix. Yes, Dari Argento and Mario Bava are his idols, but apart from some visual creativeness, he offers nothing new, delivering just a structureless copy of everything he has seen. The sound level reaches “Transformers” heights, but SCAR TISSUE can’t even compete with the intellectual level of the car giant series. AS