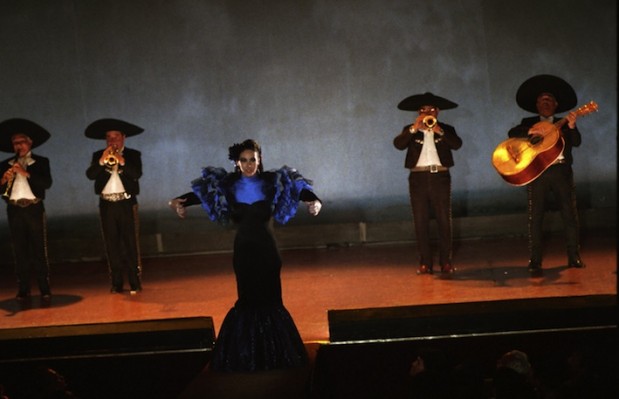 Jodorowsky’s 1989 film SANTA SANGRE or ‘Holy Blood’ finally managed a long-overdue re-release in 2012, having been tied up in litigation for many years. Jodorowsky’s two sons play the aptly named lead ‘Fenix Adulte’ at different ages.

Filmed in Mexico City’s ‘Estudios Churubusco Azteca’ studios, the story plays out in flashback, opening in a mental institution, where we first meet a deeply unhinged Fenix, portrayed very convincingly by the older Axel Jodorowsky.  As may be expected, this is far from what one might consider a mainstream film. Jodorowsky was a student of mime in Paris under Marceau and also spent time working in a circus and both of these experiences are drawn on heavily in Santa Sangre. 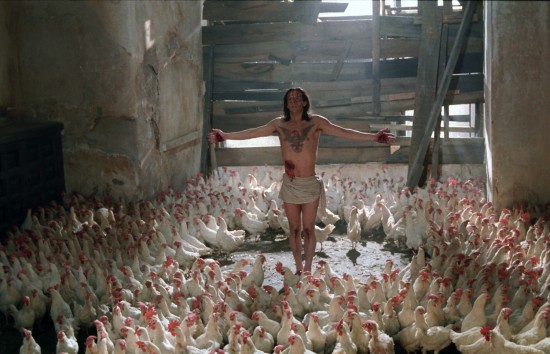 Accordingly, the piece is highly theatrical in nature, with classically heightened performances; there is no attempt here to rein anything in for the camera. This is Theatre of the Absurd, exploring core Absurdist themes, with religion and symbolism plastered unapologetically all over it.  But underpinning all of this and what gives it both its heart and longevity, lies a story for and of the outsider; from caged animals to clowns, painted ladies and dwarves to deaf mutes, prostitutes to the physically and mentally disabled, cult followers to the deranged, all of life’s outcasts and perceived misfits. 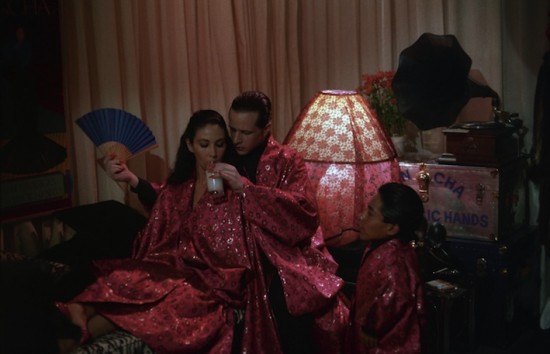 Here, they are all embraced unflinchingly and without judgment, brought together under that other collective of outsiders; ‘the performers’, to form a skein of society that is so seldom seen in film unless for novelty value, that yet can be, even from the depths transformed by hope and the redemptive hand of love.

Some moments may feel they have gone beyond the edge of theatrical to the point of ridiculous and yet there remains a deep, troubling, visceral experience watching this film, containing as it does so many powerful, disturbing ideas and indeed, performances. It is truly the actors art on display here.

For many, Jodorowsky’s masterpiece over and above his more famous 1973 film The Holy Mountain. If you like your tales of revenge best served up bloody and graphic, catch this seminal cult opus at a cinema of iniquity somewhere near you.