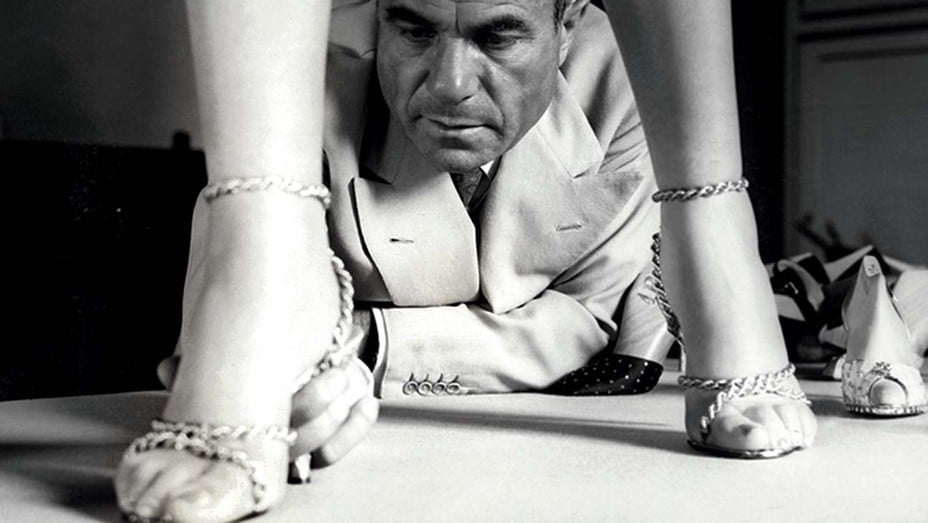 Luca Guadagnino‘s warm tribute to the life and work of celebrity shoemaker Salvatore Ferragamo positively glows with pride in showing how his fellow countryman rose from humble beginnings to international fame through sheer hard work and perseverance.

In his lifetime Ferragamo designed iconic shoe styles that are still in production today: such as the famous rainbow sandals created for Judy Garland and the red jewelled stilettos worn by Marilyn Monroe.  The craftsman rose to fame as a favourite with the stars of the silent screen such as Pola Negri, Lilian Gish and Mary Pickford who became friends and confidents, and he was eventually providing footwear for epic productions by Cecil B. EMille.

Guadagnino takes us through the complex step-by-step design and assembly process that continues today in Ferragamo’s famous Florence workshop, stressing how comfort was the watchword even when vertiginous heels were the order of the day. And every design was carefully patented. Ferragamo was a shrewd business man as well as a talented cobbler.

Guadagnino dedicates lavish attention to Ferragamo’s family ethic and his rise to fame  in the early years of the 20th century when as a 13 year old he set his heart on becoming a cobbler, even though it was considered ‘lowclass’, and sailed for America  from his small village of Bonito, Naples, just before the First World War.  Relatively soon he found success in the early years of Hollywood along with other pioneers who were finding their feet in this new playground.

The film is enlivened with interesting archive footage of the era and interviews with Martin Scorsese, Manolo Blahnik, Christian Louboutin and Ferragamo’s extensive family, including his wife who gives insight into their first meeting  (the couple married soon after and had six children).

Clearly Guadagnino is interested in the glamour of it all and the importance of family, tripping rather lightly over the commercial side of the business which saw some ups and downs particularly during the Depression when Ferragamo was forced to file for bankruptcy. And after his death at only 60, there is no explanation as to how his wife and eldest daughter Fiamma took over the business to ensure its continued success today. In two hours there was ample time to touch on this but clearly Guadagnino has erred on starry-eyed indulgence with his subject matter. And there is a so much to enjoy in this bumper Italian success story you somehow let him get away with it. MT