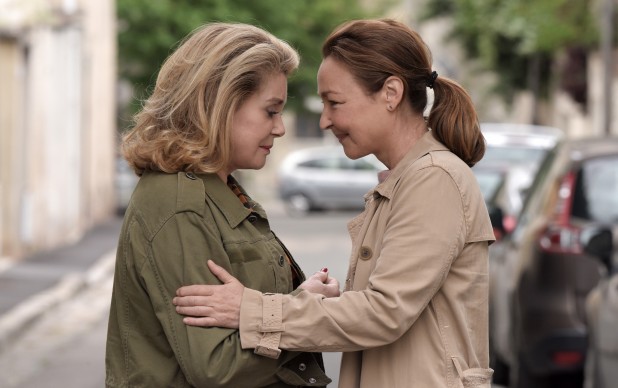 Auteur Martin Provost is known for beautifully-crafted classically-styled dramas specialising in the intricate interplay between his female characters in Cesar-awarded Séraphine and Violette (who was a pupil of Simon de Beauvoir).

Catherine Frot and Catherine Deneuve are the stars of SAGE FEMME – a more personal project for Martin Provost and a tribute to the women who brought him into the world after a difficult birth. As well as referring to a midwife, a ‘sage femme’ is also taken to mean one who is well-behaved and wise: Frot’s Claire is such a woman: dedicated, kind and no-nonsense, she comes up against Catherine Deneuve’s self-centred, frivolous, bonne viveuse Béatrice who has always got her own way in life, and is also Claire’s stepmother, whose erratic nature resulted in her husband’s suicide.

This is meat and bread and familiar territory for sophisticated viewers who will savour the delicious friction between the two women that has a surprisingly favourable outcome for them both. THE MIDWIFE also ventures into the less appealing genre of social realism in too many ‘too much information’ birth scenes: Provost would have been better focusing on the fluctuating dynamic between the witty and watchable Deneuve, Frot and her love interest, Olivier Gourmet’s gourmet truck driver. Béatrice initially emerges as a wealthy benefactor who has appeared on the scene to apologise to Claire for her behaviour back in the day, but it soon comes to light that the 70-something Béatrice has been diagnosed with terminal brain cancer and is on her last legs. And soon she is also homeless. And guess who picks up the pieces?

There is a serious message here: that bringing the next generation into the world deserves calm, personal care rather than hightec machinery but the fun lies in the story of the older generation and here Provost successfully mines the rich dramatic treasures of this ménage à trois with perceptive characterisations complimented by Gregoire Hertzel’s breezily romantic compositions and the lush local scenery of the Il-de-France in early summer. THE MIDWIFE is less formal than his previous work but equally affecting as intelligent arthouse goes, capturing the rich and sensual pleasures of traditional France MT