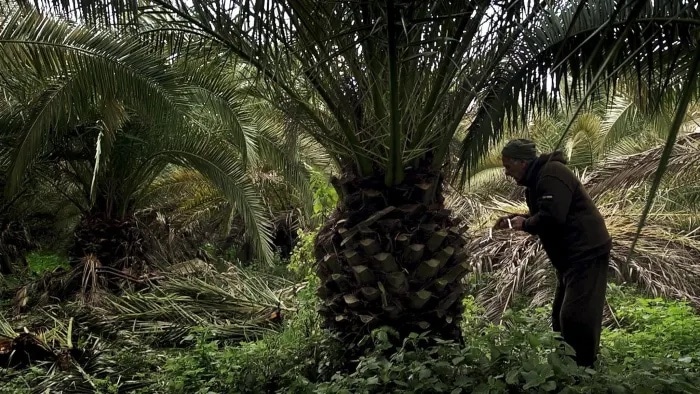 Gianfranco Rosi’s SACRO GRA (“Holy Grail’) won the Golden Lion at Venice in 2013 – as surprising as undeserved. Rosi (Below Sea Level) has filmed and scouted over two years, followed by eight months of editing, to present diverse images of the “Grande Raccordo Anulare”, Rome’s ring road, all 43.5 km of it -akin to London’s North Circular. Apart from the traffic, we meet inhabitants living near the highway in soulless high-rise blocks, seedy caravans or mansions. Sheep and electricity pylons feature like rivers: a mixture of contrasting images. Rosi has been inspired by Italo Calvino’s “Invisible Cities”, but unfortunately the structure of this novel is untranslatable to film.

We meet Francesco, a scientist, who creates computer generated sounds, to fight off the red palm weevil, who attacks palm trees in army like hordes. Then there is Roberto, an ambulance driver, whom we watch at work and caring for his mother. Cesare is one of the last fisherman on the Tiber river, talking about nature and life before the GRA was built. Filippo is the owner of a splendid home, with kitsch 80s furniture, rented out as a movie set or to B&B clients. And then there are Paolo and Amelia, father and daughter, living in a high-rise block: they have moved from the North to Rome, and feel somehow alienated. Rosi films them with a fixed camera through the window, showing their flat to be more like a prison than anything else. A couple of aging whores and two go-go dancers, a Virgin Mary gathering and the reburying of bodies from a cemetery make up the randomly assorted occurrences, before Sacro Gra suddenly ends: many parts of the ring road shown on hundred of surveillance TVs.

Rosi fails to show how this high road differs from any other in the world. There is nothing specific about this documentary, apart from a certain diversity, which is as unstructured as interchangeable. One could easily watch the film starting with the ending – the difference would be non-existent. The camera tries its best to focus, but whenever we are introduced to one of the participants, we loose them quickly, and when re-introduced, we learn not much more. There seems to be little engagement on behalf of the director for any of his interviewees, he is just overloading the film with everything he comes across. The jury of last year’s Mostra must have been really conflicted, going for lowest common denominator in its choice. AS