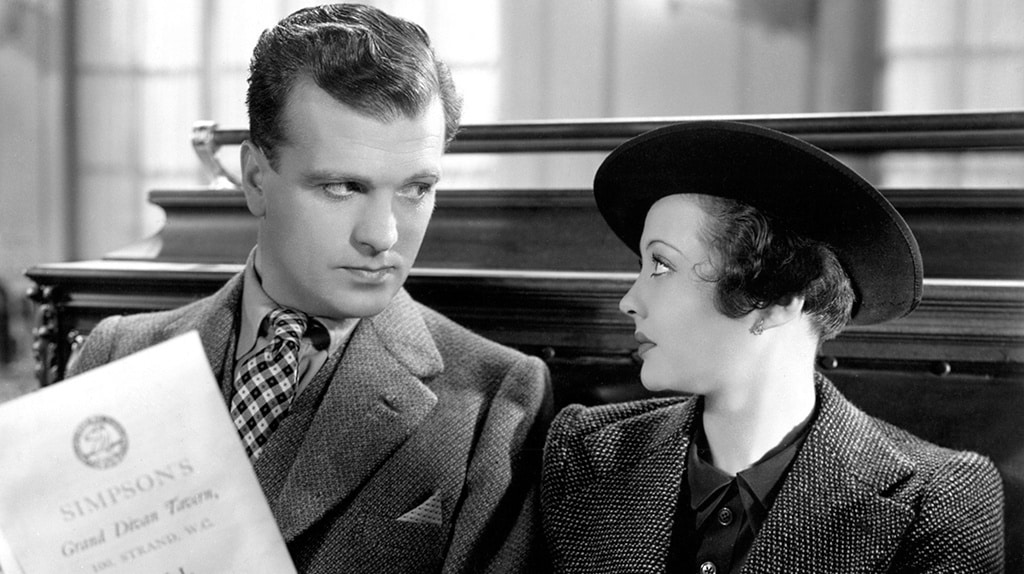 Joseph Conrad’s original novel was published in 1907 at the height of anarchist activity. Hitchcock’s version updates it to the 1930s, complete with a Disney cartoon on the programme of the cinema in which it’s set.

The baddie’s provenance isn’t specified here, but after Hitchcock arrived in Hollywood the exhortation in Foreign Correspondent not to let the lights go out over Europe the message could be far more overt.

It contains four classic Hitchcock set-pieces involving knives, and a scene with a bomb second only to the death of Gromek in Torn Curtain for sheer ruthlessness.

As usual with Hitchcock obvious models compete with actual locations. His anarchist cell sure are a sinister looking lot, particularly William Dewhurst as their unctuous little quartermaster. @RicharChatten