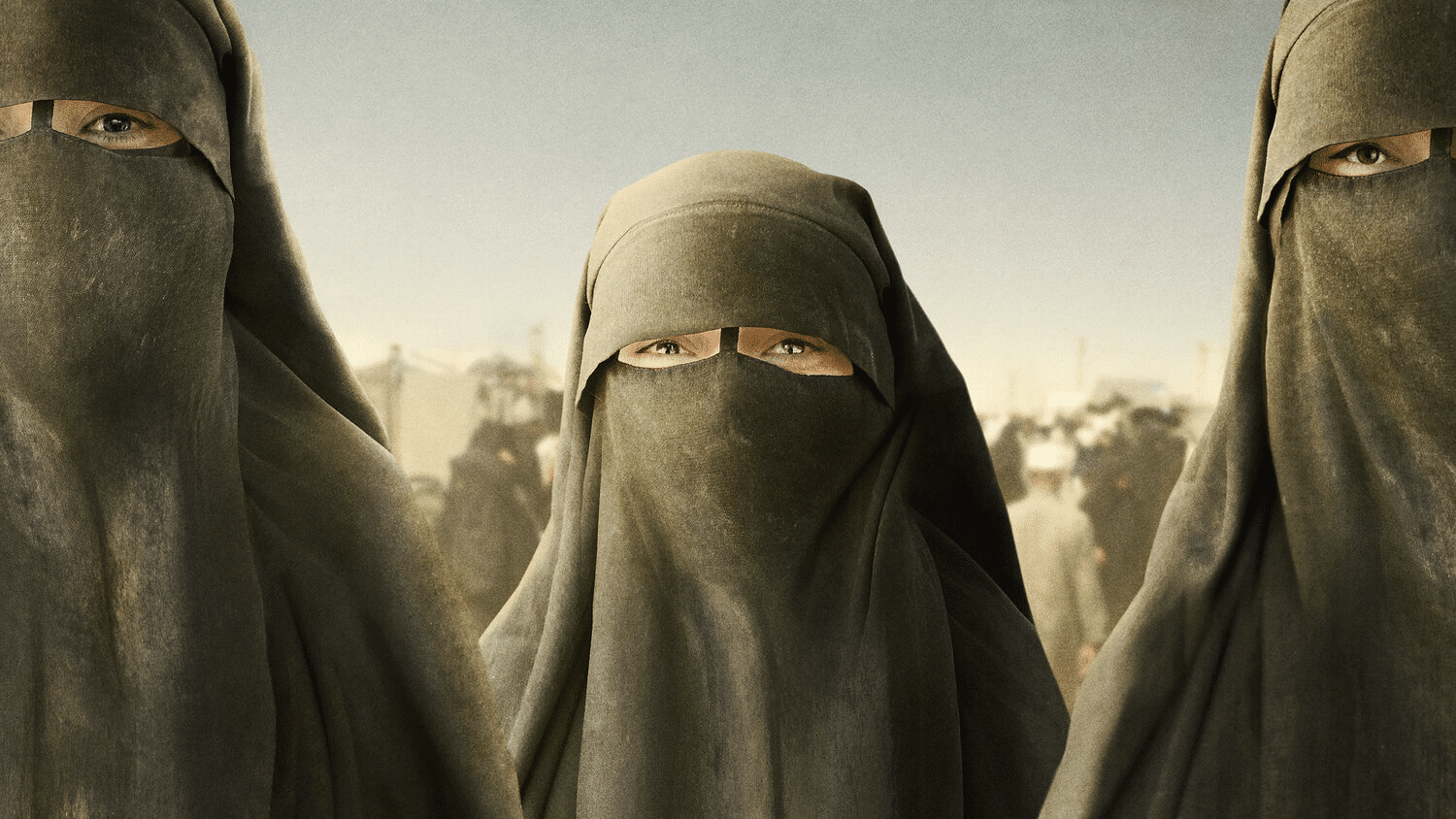 Kurdish director/writer/DoP/editor Hogir Hirori (The Deminer) has certainly ventured where few other filmmakers dare to go: he follows Kurdish resistance fighters, both men and women, in their efforts to liberate young Kurdish women who have been abducted, raped and sold by members of Daesh, during their reign of terror which lasted from 2014 to 2019. The Yazidi, a Kurdish minority religion, was one of their fiercest opponents, and Daesh took it out on them: By 2016 over two thousand six hundred women and girls – some still babies – were abducted, 3793 remain as sex slaves until now, given the titular name of Sabaya by their captors.

Mahmud, a Syrian, seems to live where he works, the ‘Yazidi Home Centre’ in north-east Syria. Mahmud and Sheik Zyad, the director of the Centre, lead a group sending female “infiltrators” into the nearby ‘Al-Hol’ refuge camp to locate Yazidi women. Daesh is trying to reconstitute itself by selling Yazidi women to sex trafficking groups. Bereft of any political aim, they are simply a Mafia organisation. Some of the Yazidi women are sold up to 15 times to different sex-slave operators. The fighter’s most important allies are older Arabic women who “look after” the captured Kurdish women evading Mahmud and his female spies by changing tents when the liberators arrive. The search is hampered by their inability to identify the women, post capture, and this is their main setback. Even when a positive identification is made, the real trouble begins: the liberators – including Hirori – are shot at in their cars, and near the end there is an armed attack on the Centre itself. Eylol, the commander of the female troops, also has to use rifles. The number of nationalities in the Camp makes is even more difficult and dangerous to spring the Yazidi women: 58 nationalities are involved, among them citizens of Morocco, Tunisia, Russia, Chechnya, France and Somalia.

Mahmund, whose wife Siham and young son Shadi suffer from his regular absence; but when he visits the nearby Hassaker Prison, where Daesh prisoners are kept, he can confirm the identity of Leila and Dilsoz, who were abducted from the city of Sinjar. Leila has a baby from her Daesh rapist/husband, but when even if her family are alive it’s doubtful they will welcome her with open arms. Finally, young Mitra, who is unable to speak or understand anything but Arabic, will be re-united with her parents – if they can be found. To date, 206 Yazidi women and girls have been rescued, 52 had children born after a rape. When Mahmud takes five of the liberated women to Sinjar, he brings back the same number of female infiltrators.

Like his ‘hosts’, Hirori certainly put his life at stake during the nightly raids. Sabaya is a chronicle of courage, it is filmed like a diary, avoiding dramatic arcs – the continuous action speaks for itself. It could be considered a thriller – but that would sensationalise its sad subject matter. The reality can be found in the faces of the ‘liberated’ women – to call hem the lucky ones would be a sad euphemism. Brutal and unforgiving, Sabaya is a unique tale, told under the most hazardous circumstances. AS