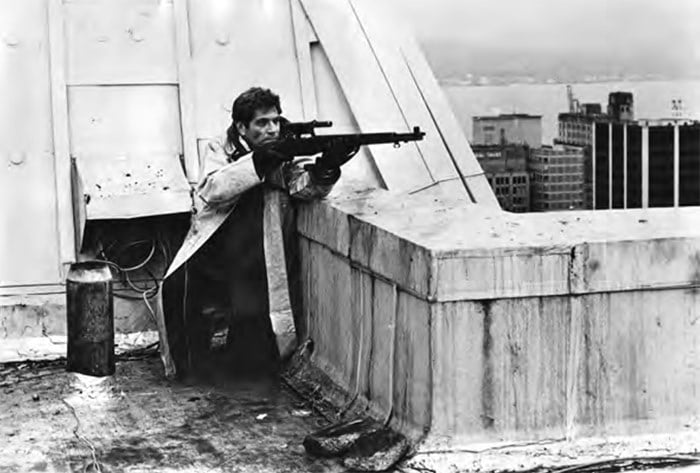 The errors liberally sprinkled throughout the IMDb page attest to how confusing both viewers and editors have evidently found this grubby spy drama in the past. But it’s long been one of the conventions of this genre that their plots are invariably both fiendish and fiendishly complicated so I took that pretty much in my stride.

Tourism Vancouver aren’t likely to have been pleased with Brian West’s bleak winter photography which makes the place look a dump. George Segal’s presence evokes memories of The Quiller Memorandum, which ironically made Berlin look much more cheerful than Vancouver does here; while Gordon Jackson performs a similar function here to the one he performed in The Ipcress File.

It builds up to a satisfactorily slam-bang action finish; but I found the creepy and amoral exploitation of exiled dissident Rudolph Henke by both sides and (SPOILERS COMING) what seemed to me Segal’s gratuitous killing of him at the end when doped up to the eyeballs and plainly not capable of going very far unpleasant even by the ethical standards of the genre. Segal also fortuitously lands on his feet a few more times than is probable, engineering a car crash that kills the driver but which he survives, and using a rifle to shoot down a helicopter which crash lands without destroying the centre of Vancouver. And how did Henke’s abductors manage to leave so much blood behind, while still keeping him in one piece?

The unexpected presence in an extremely minor role of Louise Fletcher – looking most fetching in uniform but otherwise wasted – is accounted for because the film was co-produced by her husband Jerry Blick, and that she hadn’t yet made One Flew Over the Cuckoo’s Nest. That was to be her next film. @RichardChatten