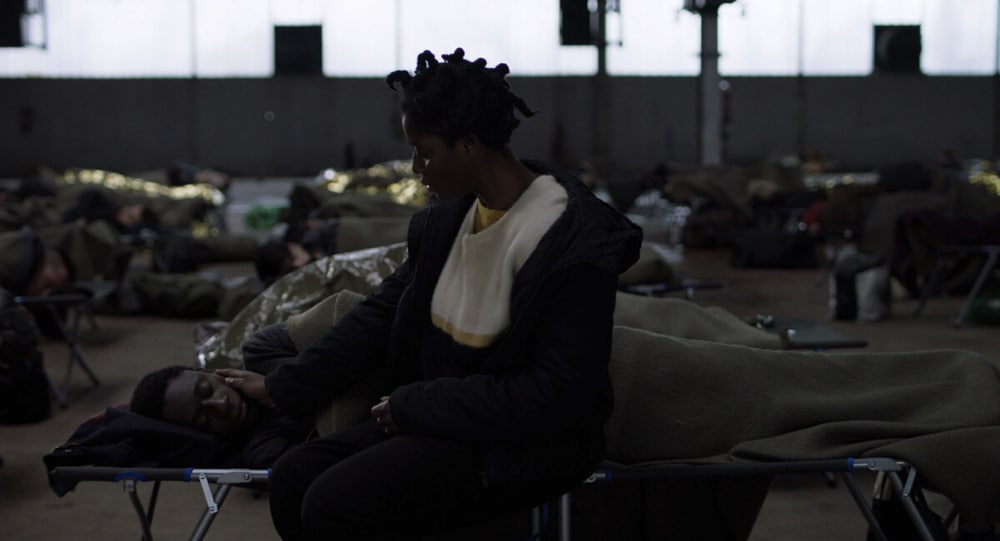 Serbian director/co-writer Stefan Arsenijevic transforms an epic medieval Serbian poem, ‘Banovich Stralinya’, into a modern migrant love story involving two Africans, once again illustrating the naivety of refugees hoping for streets of gold in Europe. Imaginatively shot by DoP Jelena Stankovic, this is a convincing drama with a refreshing take on the migration sub-genre. But the grating voice-over of the classic poem disturbs the natural rhythm. and feels at best pretentious.

Ghanian couple Samita ‘Stralinya’ (Koma) and his actress wife Ababuo (Mensah-Offei), both in their late twenties, have been deported from Germany to a transit camp in Serbia where their new existence exposes faultlines in their relationship. Stralinya, named after the epic hero, is a talented footballer who deserves to get a contract as a professional with the local team. Ababuo entertains the refugee kids with her spirited acting talents.

Returning to the camp after a night’s drinking Stralinka is told that Ababuo has left for London with some Syrian refugees. Bullldozing his way into a vehicle loaded with people being smuggled across the border, he learns that the driver charged with transporting his fellow refugees is delivering them straight to the police. Stralinya is furious, mostly at himself, because he feels a moral responsibility having led most of his friends to their ultimate fate. Evading the border police, Stralinya crosses into Hungary, where Ababuo has taken up refuge with a Syrian politician, Ali (Khali) in just another transit camp. Stralinya confronts his wife, who claims she needs “at least the illusion of something big”. After a massive argument the two approach the head of the transit camp in a bid to be re-deported. But while Stralinya is sitting in the bus, waiting to leave, he sees Ababuo being dragged by soldiers towards the bus. He must make a decision, and fast. AS