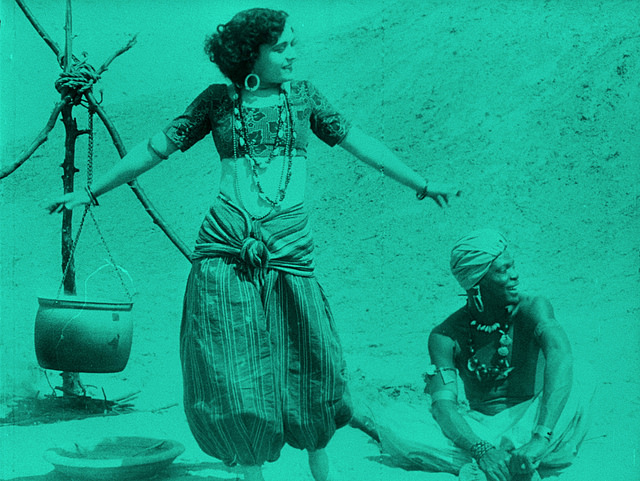 Countless rumors surround the making of Lubitsch’ first US film – never mind the aftermath, when Mary Pickford, whose company produced the film, had all but the last reel destroyed. She claimed that she and Lubitsch disliked each other, even though the Berlin-born director came to Hollywood invited by her “to shoot an adult picture” and get the star away from the image of a little girl. One can say  Lubitsch succeeded – surely he did not need the rumoured help of Raoul Walsh.

The story line is slim, as in the many “thousands” of films Lubitsch had directed, causing Kracauer to condemn most of them as mindless entertainment. Rosita (Pickford) is a street singer in Seville and is fancied by the philandering King (Blinn). He has her arrested, but a nobleman, Don Diego (Walsh), rescued her, killing an officer of the guard in the process. The King condemns him to death, seeing in him a rival for the love of Rosita. But all ends well, thanks to the intervention of the wily Queen (Rich).

With a new score from Gillian Anderson and updated intertitles from MOMA this feels an even more grandiose occasion. The mass scenes are brilliantly directed and Lubitsch changes colours three times: most scenes are shot in sepia-brown, the scenes in the prison are shot in dark black and white, whilst some other scenes are have a grainy, more modern feeling. Add on some spectacular orange firework and you get the idea: this would be Lubitsch’ calling card for Hollywood after he went there for good. We have the St. Petersburg film archive to thank for the negative, which allowed the restauration of this small but glittering gem. AS