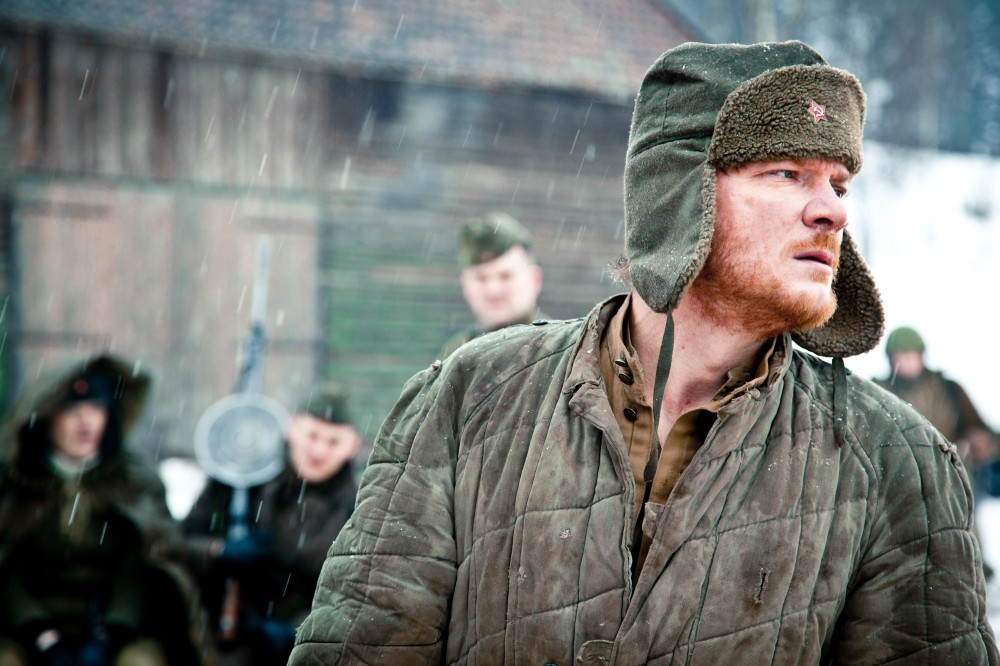 Rose is a brutal and unremittingly harrowing story of war, love and loss. To say it’s a romantic narrative is partly true but in the real sense that it evokes strong feeling, individual aspiration and a way of thinking. And this aspiration is bound up with a sense of pride and belonging for Rose (Agata Kuleska), a woman who has lost her land and national identity to the Germans and her husband to the ravages of war. Living alone in a isolated farmhouse she is just about surviving, the last knockings of war raging around her, framed by Piota Sobocinski’s masterful but stark visuals.

And into this setting steps Tedeusz (Marcin Dorocinski). His wife has been raped and killed and he has witnessed the murder of Rose’s husband and comes to report his death. The reception Rose gives him is frosty to say the least and if ever there was a more unlikely backdrop to a relationship it is this one. An uncertain pairing then; if ever there was one, but believable.  Rose is certainly a film worth seeing despite its almost unrelenting gloom hauntingly scored by Mikolaj Trzaska’s poignant soundtrack. MT

ROSE WILL BE SCREENING during KINOTEKA on BFI Player