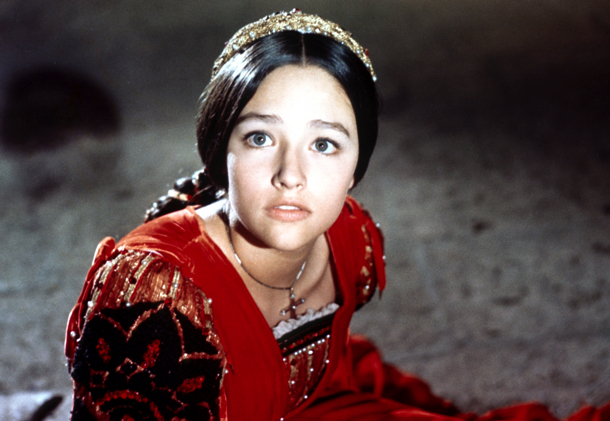 Franco Zeffirelli’s ROMEO AND JULIET captures the innocent rapture of teenage love when hormones spill over to create an intoxicating cocktail of lust and longing. Full of life and perfectly cast, newcomers Leonard Whiting and Olivia Hussey were absolutely exquisite as the star-struck pair, evoking a sweetly innocent sexuality that has never been seen again in cinema history. Their beautifully spoken prose and mesmerising chemistry completes this idealistic yet achingly romantic depiction of tragic love between Romeo Montague and Juliet Capulet, who came from different warring families.

And although D’Amico and Brusati’s screenplay dumbs things down in the classic speeches, each character is superbly cast: Milo O’Shea as the kindly indulgent yet dignified Friar Laurence; John McEnergy’s fiesty Mercutio, and Pat Heywood’s jovial Nurse all make their memorable mark and are still fresh and familiar nearly 50 years later, in this sparkling restoration. Zeffirelli makes good use of the original settings of the play in the medieval ‘struscio’ of Perugia, Viterbo, Siena and the Palazzo Borghese in Rome, and where Pasqualino De Santis’ stunning set pieces luxuriate in an around the rolling countryside of Gubbio (Umbria) and rural Siena (Tuscany), winning him an Oscar for cinematography. Danilo Donati won another for his richly beautiful costumes, and also a Bafta.

Nino Rota’s romantic score “What is Youth” will also flood back to the memories of those who first saw it in the late ’60s or ’70s. He made his name in The Leopard and would go on to write music for The Godfather, Part I and II. The script plays up the relationship between friends Mercutio and Romeo. And Robert Stephens is suave and wise as the Prince of Verona. Romeo and Juliet’s bedroom scenes are quite raunchy in a sensual way – Hussey was almost 16 and Whiting 17 – but they show their tenderness when they break down in tears in the touching final scenes and win Golden Globes for Most Promising Newcomers. MT

A BRAND NEW 4K RESTORATION is now available |  PART OF THE SHAKESPEARE LIVES SEASON: CELEBRATING THE WORKS OF THE BARD over 400 YEARS AFTER HIS DEATH.