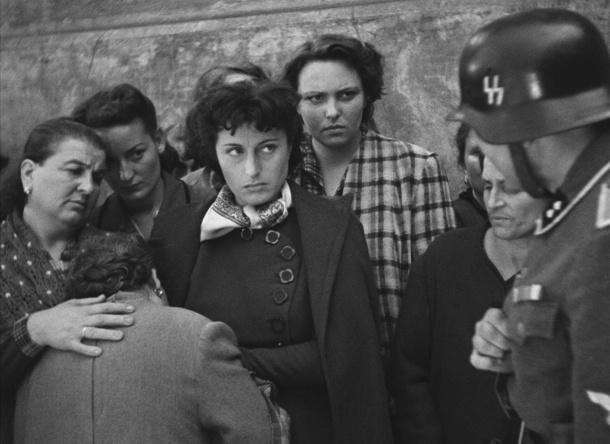 In 1944 Italy there was, understandably, no film industry or indeed any money. Despite this, Roberto Rossellini had persuaded a wealthy woman to finance a documentary about a priest who had helped with the resistance. She was also interested in telling another story of the children who fought for the resistance.

Rossellini approached Fellini with the ambition of casting Fabrizi for the role of the priest, but Fellini came up with the idea of combining these two documentary strands into one fictional movie and they set about writing the piece with Amidei, just two months after the Germans vacated Italy. 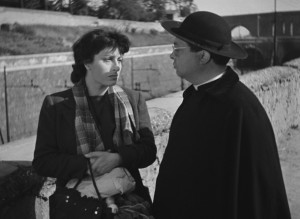 Based on factual events of 1944 and filmed in Rome directly after the war, Roberto Rossellini’s masterpiece stands as one of the greatest war films ever made. Handheld camera, shot almost entirely on location: Rome, Open City is another superb offering from the Italian Neo-Realist stable. The hatred of the Germans and the freshness of the atrocities is palpable in all of the non-professional actors serving justice to this story; where one is never in any doubt about the authenticity of the mise en scene. Presumably a cathartic experience for all involved.

As the Nazi net closes in, more by luck than judgement, resistance leader Giorgio Manfredi is forced into hiding, entirely dependent on the kindness and assistance of friends and colleagues. However, the stresses and strains on the whole community inevitably begin to show, where what normally might be seen as easy neighbourliness, during wartime becomes a matter of life and death.

One of the things that is remarkable here is Rossellini’s ability to find sublime humour in the darkest of moments.  And there’s nothing quite like a war movie, with Nazis as the baddies exerting unbearable pressure, to extract the most extreme jeopardy and distress. The human condition is under the microscope and with this kind of duress, everyone’s character and resolve is forced to the fore; the subjugator as much as the subjugated.

Anna Magnani has a quite wonderful role as the feisty pregnant Pina, who lives life with a passionate vibrancy that seems to epitomise Italy. But it’s interesting to note that both she and Fabrizi, the only professionals in the film, were, up to that time, well known only for their comedy, this being their first foray into serious drama.

Rossellini was a trailblazer in a great many ways, not only in the casting, but also in the manner in which he ignored the script that the financiers had agreed to and simply went out and shot the film he wanted to make. Rossellini had had terrible trouble financing it; the money he already had from his initial investor wasn’t sufficient to cover the whole budget, but other potential investors shied away from a film with scenes of torture, wondering who in their right minds would go and see it, so it was shot on the hoof very much out of necessity than design. 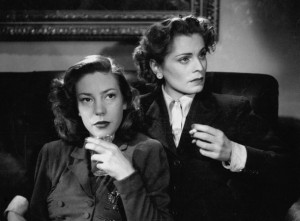 Upon its completion, Paris lauded the film, but the premier in Italy was a catastrophe, audiences perhaps understandably wanting more escapism than the grim realities of what they had just been through. US soldier Rod Geiger then took it to the US, where the film made a fortune for the distributor and also opened American doors to Italian Neo-Realist films. It was only by gaining a reputation abroad, winning the Grand Prix at Cannes, that Rome, Open City gained more acceptance at home.

A massive achievement and a landmark film, that, like so many recognised classics, gained its reputation in the years long after a less than stellar launch. But even if you disregard its significance as a piece of cinematic history, or the innovations on filmmaking, just see this film as a truly amazing and passionate piece of storytelling. It’s got all you could wish for: Nazis, suave resistance fighters, beautiful women, plucky kids, homemade bombs, espionage, religion and Rome. You cannot fail to be moved. Andrew Rajan.