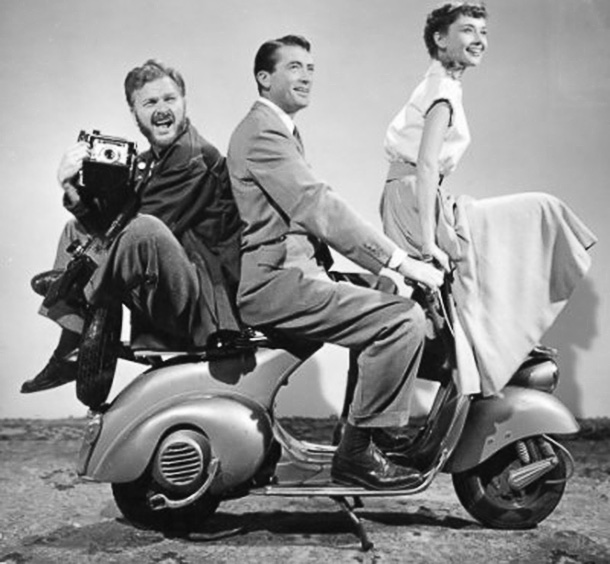 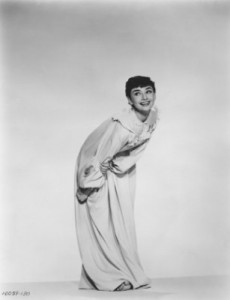 DIGITALLY RESTORED IN CELEBRATION OF ITS 60TH ANNIVERSARY

Stylish, poignant and perfectly performed by Gregory Peck and Audrey Hepburn, Roman Holiday is a Frank Capra-style fifties fable that delivers on many levels: as a coming of age story; an upstairs, downstairs romance; and moral tale of responsibility over recklessness set in an era when the media still had a sense of fair play and decorum.

Audrey Hepburn plays a British Princess called Ann in a perfectly-timed story that captured the imagination of the public due to a general fascination with the real life romance between Princess Margaret and non-royal Peter Townsend. The idea of a ‘Royal’ slipping away for a day of fun and frolics during an official tour is the stuff of fantasy and escapism but works here in a fifties setting where security was far less tight than nowadays.

That a press hack would respect such a valuable scoop and be so utterly entranced is testament to the power of love and is a theme that gives Roman Holiday its enduring and universal appeal setting it as a sparkling jewel in the Hollywood firmament.  Under the inspired direction of Wiliam Wyler, Gregory Peck emerges as cool as a cucumber with the relaxed demeanour and calm integrity of a real hero and gentleman to Audrey Hepburn’s naive but dignified Princess. 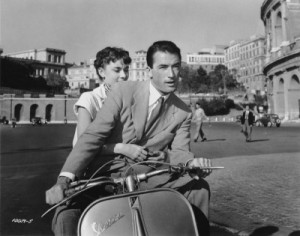 For her part, Audrey Hepburn is the epitome of poise in a role for which she won 1953 Best Actress Oscar. Delicate and elfin-like, she graces every frame with her elegant diction  (quoting Shelley) and wearing outfits inspired by fifties “New Look” designers such as Dior and Jean-Louis Scherrer, who created soft feminine silhouettes, luxuriating in haute couture after the austerity of the war years. Costumier Edith Head had designed costumers for the Hitchcock films of the era Vertigo, Rear Window  and worked up until the eighties with Dead Men Don’t Wear Plaid.

Frank Capra was originally optioned for the film and had hoped to cast Elizabeth Taylor and Cary Grant as the leads. But due to financial difficulties with his production company, Liberty Films, and problems working with the blacklisted Oscar-winning legendary screenwriter Dalton Trumbo (a victim of McCarthyism), he was forced to sell it to Paramount.  So William Wyler eventually came on board to work his magic, fresh from directing The Heiress (1949) with Monty Clift and Elizabeth Taylor.

The project was a natural fit for Wyler and allowed him to turn his talents back to light romantic comedy, his first since The Good Fairy (1935) and also to benefit from tax concessions: Roman Holiday was the first American film made entirely abroad. MT

ROMAN HOLIDAY IS ON GENERAL RELEASE FROM JULY 19TH 2013