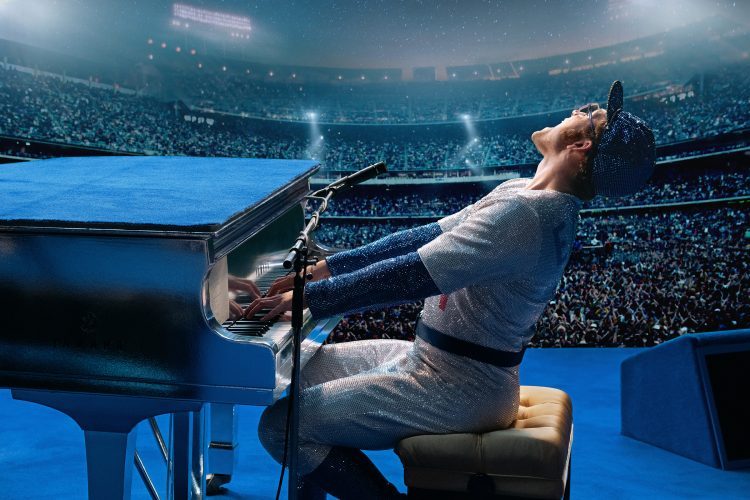 The Elton John biopic ROCKETMAN is an all singing all dancing affair with Taron Egerton performing the classic numbers and Dexter Fletcher behind the camera. Feeling rather like Ken Russell directing Roger Daltrey in Tommy without the cinematic qualities: this is just one big theatrical number after the other.

Told through a clever framing device, written by Lee Hall (Billy Elliot), this is a proper musical with fantasy sequences sharing an extraordinary human story of the shy but talented schoolboy Reginald Dwight from Pinner who found fame and fortune as one of the most iconic figures in pop culture, only to land up in drug therapy and finally accept his sexual orientation after a failed marriage.

Fletcher has Elton recounting the story looking back through a lens clouded with drug and alcohol abuse, and this gives the film its fantasy element, although although there is very little about what actually makes Elton John tick, and maybe that was a conscious decision to concentrate the narrative on his showman-like qualities, avoiding a warts and all approach. Egerton has a good voice; he performed a version of I’m Still Standing in the comedy animation film Sing (2016). With a nice fat budget of 40 million, Rocketman actually looks glamorous too although but like a great deal of show business, it has no heart or soul. MT