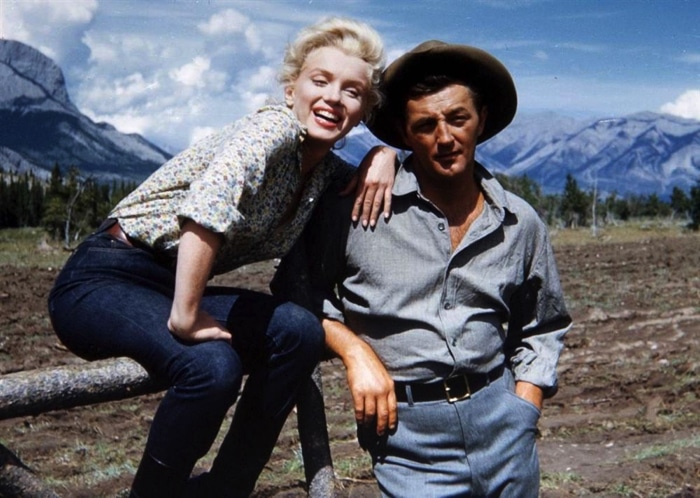 Rather more rugged to make than Marilyn Monroe was accustomed to, she recalled River of No Return with a shudder as her worst film. This was probably more due to the arduous shoot than because it wasn’t actually any good, since she sprained her ankle while getting drenched on location in Canada and then had to repeat the performance back on the sound stage in Hollywood while Otto Preminger (who compared directing Monroe to directing Lassie) cracked the whip.

Today it holds up well as an atmospheric, entertaining production with two handsome leads, shot largely on location in Alberta in Technicolor and CinemaScope. Although much is made of her flaunting her legs in tights as a saloon girl in the scenes that bookend the film, Monroe spends most of the rest of the shoot in cowboy boots, tucking in a pair of classic rump-hugging fifties jeans she would never really have worn back in 1875 (a pair of which were auctioned off in L.A. as recently as 2017). She cuts an impressive figure shooting the rapids in what was Preminger’s only western and Monroe’s only outdoor adventure. It was also the only picture she ever made with Robert Mitchum who’s at his hunkiest; introduced felling a tree just before we hear him singing the title song. Richard Chatten.