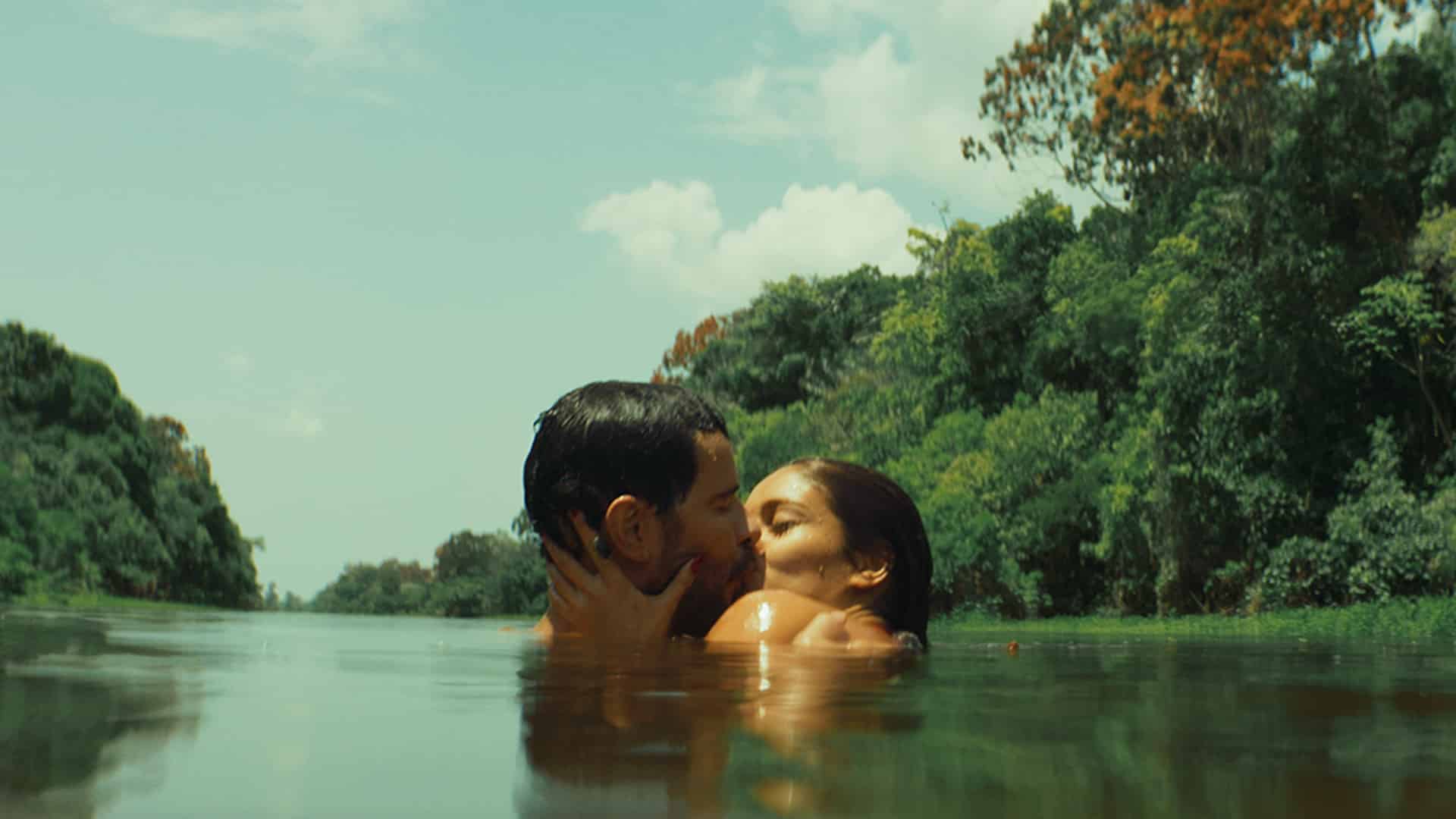 Brazilian writer director Sergio Machado started his film career as assistant to Walter Salles and went on to win the Youth Award at Cannes in 2005 for his feature Lower City. After success with credits in TV, documentary and commercial video his latest drama River of Desire is a passion-fuelled waterside ménage-à-quatre based on Milton Hatoum’s “Farewell Captain”. Machado’s well-structured script is sadly let down by the overtly male gaze of the graphic sex scenes and a melodramatic tele-novella ending.

The story centres on three brothers Dalberto (de Oliveira), Dalmo (Braga) and Armando (Leone) who get along amicably in the house they have inherited from their father after his wife left with a Gringo. But when the Dalberto is joined by his beguiling new wife Anaíra (Charlotte) the dynamic shifts as masculine desires are unleashed and – inevitably – family tragedy ensues as the three find themselves in love with the same woman. One day Dalberto’s work takes him up the Amazon river from Brazil to Peru Anaira becomes lonely and despondent and looks to the other two for her entertainment.

Machado’s intriguing character drama is suffused in the vibrant colours and sensuality of this sweltering tropical paradise that plays on the hormonal rush of the remaining siblings once their brother has gone upstream. Anaira is playful and naive, and has no idea what reality has in store for her in this watchable thriller which makes fabulous use of its Amazon locations. AS