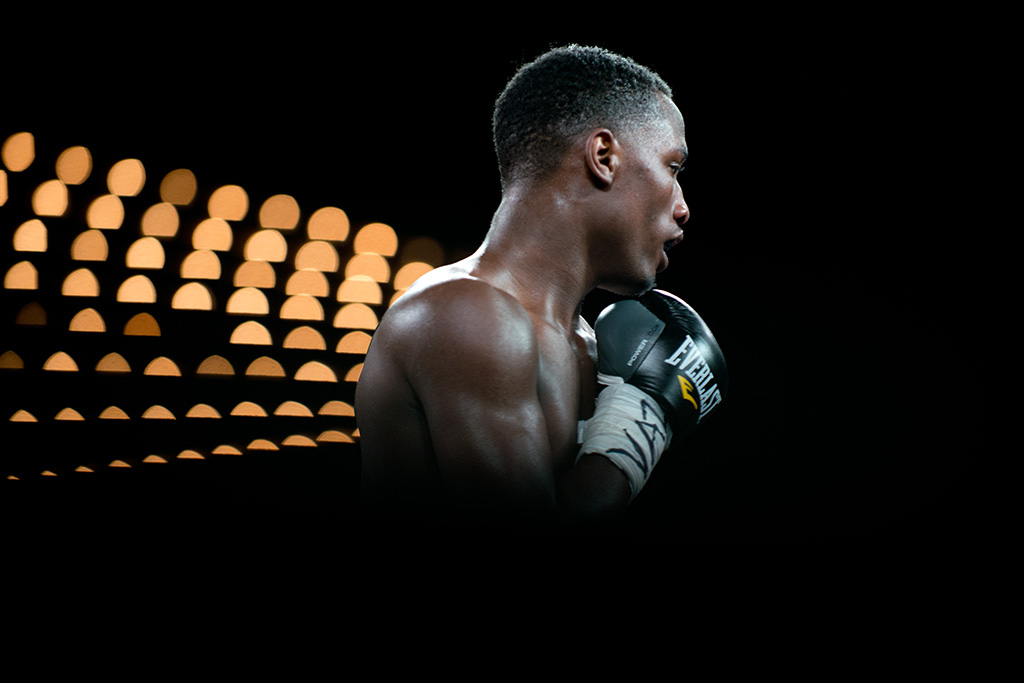 Chicago’s South Side is notorious for its gang warfare and shootings. But for some whose only strength is in their fists, there is salvation. Andre Hörmann (Seanna – Alone in Hollywood) follows two young boxers from the notorious South Side of Chicago from their youthful exploits at the turn of the century to their professional dream of the present. The way their lives developed could not be more different.

Born in 1993, Kenneth Sims was trained by his father Kenneth sr, and both aim for the Olympics in 2012 via the US trials. Destyne Butler jr., two years younger than Kenneth, has the same dreams, and and shares them with trainer Nate Jones, a close friend of his father Destyne sr. The fathers are the impetus behind these young men: When Kenneth jr. wants to stop boxing, Dad tells him he can only do it, when he’s good enough. But once success is in the bag, the young man gets the taste of the sport, but he loses a decisive trial fight, and it all ends in tears, the dreams of Olympic glory gone.

But worse is to come for Destyne: charged with a minor offence he ends up spending the next four years in prison, failing to get an early release in “Bootcamp”, where the instructors punish him for ‘showing off’. Destyne sr. was no angel himself: dealing in drugs he managed to earn up to $10 000 a day – getting out before he was caught. “At least I got a house, a car – and you just have a few clothes” he berates his son. Nevertheless, he forgives him, after the young man writes him a letter apologising. Meanwhile, Kenneth jr., supported by his father and mother Norma Alexander, celebrate their son eventually becoming a professional in 2014, the boxer calling himself Bossmann, his  parents will be part of his team. To date he has won fourteen out of sixteen fights, and the family moved out of their one-room flat into a bigger apartment in a better part of town. When Destyne jr. is released from prison in 2018, his boxing skills seems to have suffered terminally, but with the help of his father and trainer he finally makes his successful debut as a professional fighter, going on to win his first bouts. Boxing seems to be the only ticket to get out of the South Side, as Destyne remarks at the end. But the sport also has its casualties: both men having seen several of their competitors die in the ring.

Andre Hörmann develops a close rapport with his protagonists, and DoP Tom Bergmann’s hand-held camera underlines that intimacy. Ringside is an upbeat story with a happy ending, but the director leaves us with no illusions about the fate of the not-so-lucky ones –or indeed the future of Kenneth and Destyne when their boxing careers are over.