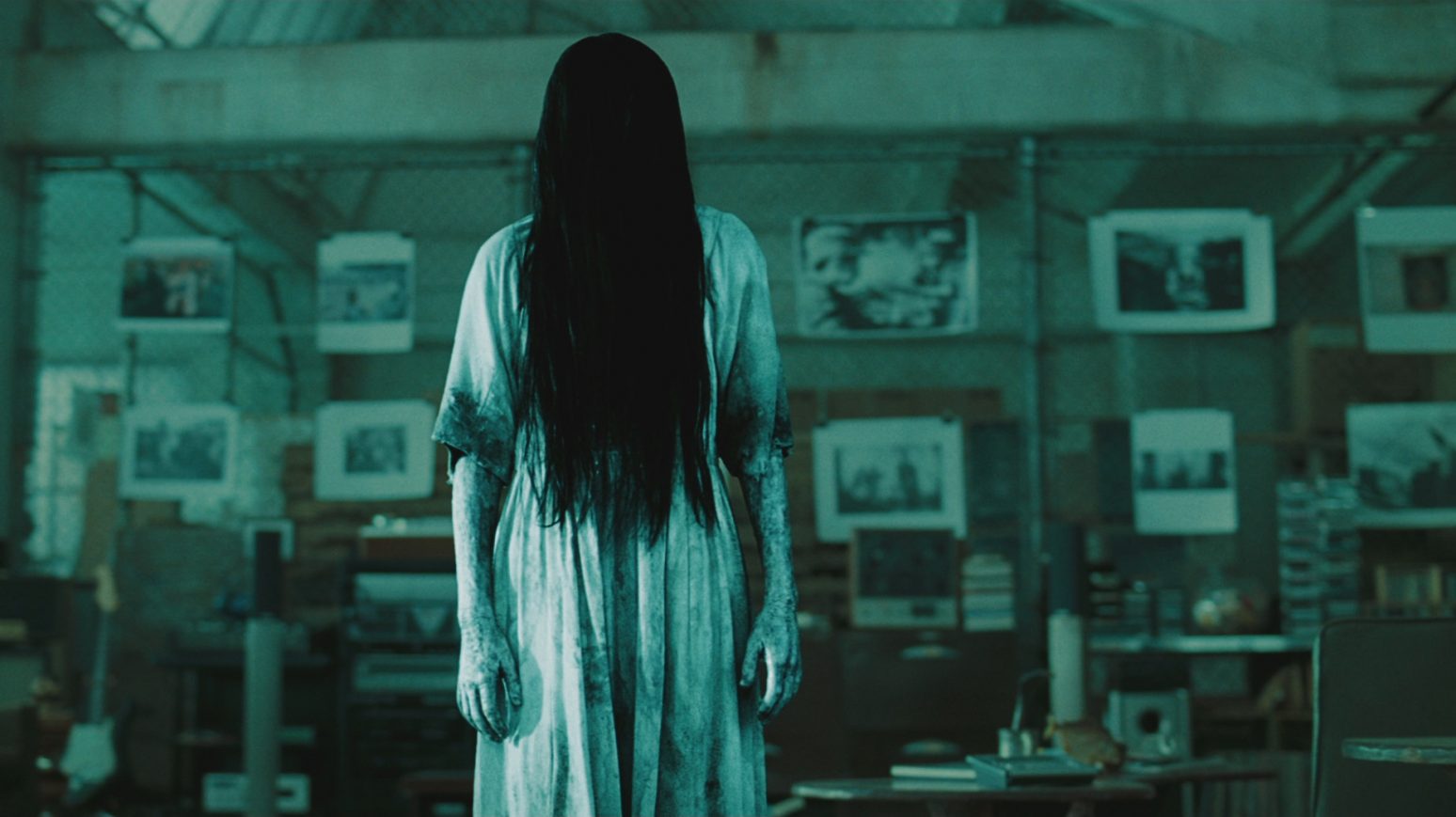 Ring was only his second feature, yet director Hideo Nakata became an over-night sensation with this supernatural B-movie, written by Hiroshi Takahashi, based on the novel by Koji Suzuki. And despite budget-related poor production values, Ring spawned many worldwide copy-cat features and although it now feels dated, the original impact is still tangible.

It all starts with teenage girls, Tomoko (Takeuchi) and Massami (Sato) discussing a strange video with three other friends in a motel room in Izu. At the end of the video, comes an even stranger phone call telling them they will die in a week’s time. And sure enough, death comes to them all on the day in question in the form of a cardiac arrest, their faces bearing expressions of the horror they encountered.

Journalist Reiko (Matsushima), Tomoko’s aunt, starts to investigate the mysterious deaths, and watches the video tape in question. She too gets a strange phone call after watching, but this time she enlists the help of her ex-husband Ryuji (Sanada), to avoid the fate of the earlier victims. The couple has a son, Yoichi (Otaka), who, like his father is gifted with sixth sense. Both father and son watch the video, before the parents discover some clues, buried in the past: The psychic Shizuko who predicted the eruption of the volcano in Mount Mihara, later leaped into the volcano, after a scandal involving her mentor Dr. Ikuma and her uncle Takashi. But the real mystery surrounds her daughter Sukado, who was murdered and thrown in a well. Reiko and Ryuji are working against time – but Ring has a rather ghastly surprise in store.

Performances are on a par with the rather crass images. The overall effect verges on the theatrical, Kenji Kawai’s doom-laden score always warning of some imminent threat. There is blatant misogyny, with Ryuji slapping his ex-wife brutally, when she shows signs of fears. He also accuses her of not looking after their son, whilst he is a totally-absent father. The murder victims (in both the flashback and the main story) are, with one exception, all female. There is also the question of Japan’s very violent past (which has never been addressed), like the invasion of China and the consequent taking of sex slaves in the occupied country – perhaps the flash-backs are a form of recognition of these crimes. Finally, TV and video are seen like a virus, infiltrating Japanese society – a warning in a country, which, whilst very modern in its approach to technology, is still moored in an ancient past, which, though denied, comes back to haunt the present. A successful sequel was directed in 1999 by Nakata with Ring 2, in which most of the main cast re-appeared. AS