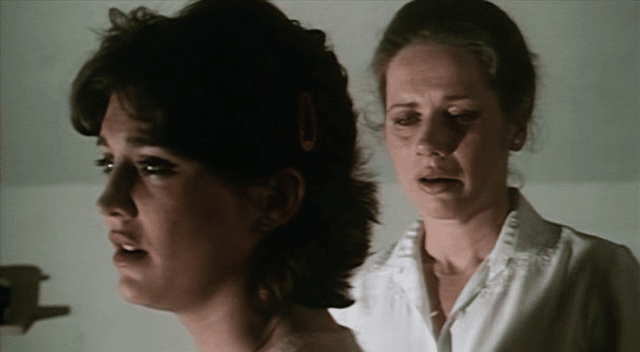 Despite the fact that Liv Ullmann is the older woman in this psychodrama about a recently widowed woman’s relationship with her late husband’s mistress, she looks pretty much as one is used to seeing her in her films with Bergman. Amanda Redman as the mistress, however, is so much younger than we are used to seeing her (complete with an “introducing” credit) – as well as being a brunette – it’s like watching a different actress in this virtual two-hander between the two of them. The other reminder throughout of the age of this film is the distinctively touching sound of the late Georges Delerue on the soundtrack.

Adapted for the screen by Frederic Raphael from his book, the story pans out in so many unexpected ways I’ll avoid discussing what follows other than to say that despite the handsome photography by Freddie Young in and around parts of London that would probably now be prohibitively expensive for the people living there (as usual the women are all elegantly dressed and nobody seems to have any money worries) the number of scenes simply depicting two characters earnestly chattering immediately marks it out as a TV production. @RichardChatten