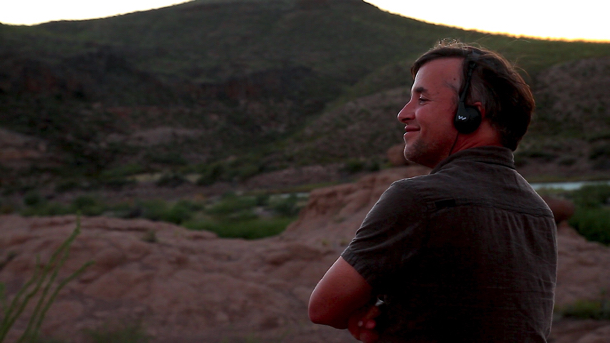 And in a this enjoyable documentary, Louis Black and Karen Bernstein uncover the life story of the modest and appealing Houston born director, described by his father as “a self-starter who was always going to make a go of anything he did” and who went on to be among the first and most successful talents to emerge during the American independent film renaissance of the 1990s.

Linklater comes across as gentle but also driven by a laudable and impulsive desire to learn and improve his craft with every film he makes. Surviving outside the movie industry of Hollywood and New York allows him to hold on to his creative vision rather than focus on the money-making side of things and this is best evidenced in his audacious project Boyhood (2014) which is perhaps his best known film since the non-narrative comedy drama Slacker which premiered at the Sundance Film Festival 25 years ago.

Moving to the comparative backwater of Austin when his parents divorced was auspicious for Linklater as the city provided an open-minded and unrestrictive backdrop for experimenting (“it’s a long time before your technical skills catch up with your ideas”) and he set up the Austin Film Society with the aim of screening arthouse films. This led to the making of Slacker and providing local creatives for the project.

The documentary‘s talking heads are particularly insightful and, avoiding hagiography, are drawn equally from talent (Julie Delpy and Ethan Hawke), industry and press (Justin Chang/Variety). New York-born Black serves as both director and interviewer. The founder of SXSW Film Festival has known Linklater since the beginning and has access to early footage of the him and they chat about his first hand written scripts in the writing sanctuary of Linklater’s eco ranch in Bastrop, where is preparing for Everybody Wants Some.

DREAM IS DESTINY is keen to stress Linklater’s collaborative approach to his filmmaking and Jack Black talks about Linklater’s earnest desire to know what his actors are experiencing and what they can bring to their roles, even though in the end the film is always the director’s. Here Linklater is at pains to point out that he would never want to lose artistic control of his work, whatever the financial situation, as in the case of Dazed and Confused where Universal wanted to take his film in another direction from that intended. The only criticism of the doc is in not really covering his lesser known films as the focus is primarily on Boyhood and the Midnight series, but given a trim running time of 86 minutes this provides scope for a more ample study of this personable and talented man in the future. MT