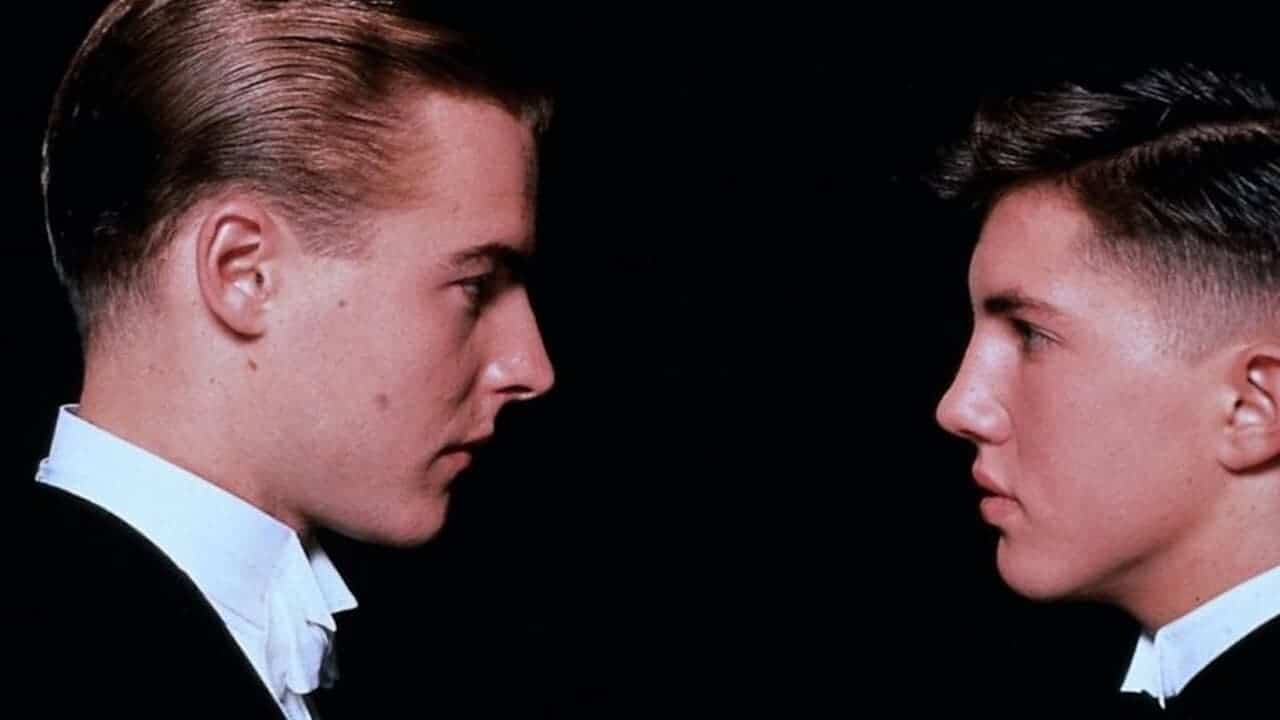 Obviously deeply felt by both writer (Harold Pinter from a novel by Fred Uhlman) and director, immaculately designed on what seems to be a lavish budget by veteran Alexander Trauner (who appears early on playing the caretaker) and photographed in widescreen suffused in a nostalgiac glow by cameraman Bruno De Keyzer.

The leisurely pace at which Reunion unfolds conveys something of the gradualness with which the appalling reality overwhelms its characters, although the slow-burning first hour is disrupted by jarringly emphatic black & white inserts to keep reminding the audience of the calamity about to strike (as if they needed such nudging). Konradin’s credulous willingness to give a demagogic snake-oil salesman like Hitler the benefit of the doubt – “He really impressed me. He is totally sincere. He has such… he has true passion. I think he can save our country. He is our only hope.” – however remains depressingly familiar today.

But for the final, very abrupt, ‘surprise’ ending to work, the audience is assumed not to be able to recognise the ferrety face of Roland Freisler, occasionally seen although never identified by name (and ironically – as played by Roland Schäfer looking remarkably like John Malkovich in heavy eye-liner – relatively restrained compared to the actual bellowing maniac preserved for posterity in newsreels). And would it really have taken over forty years and a trip all the way back to the very school in Stuttgart were they were originally pupils for Henry to only now learn Konradin’s fate? @RichardChatten