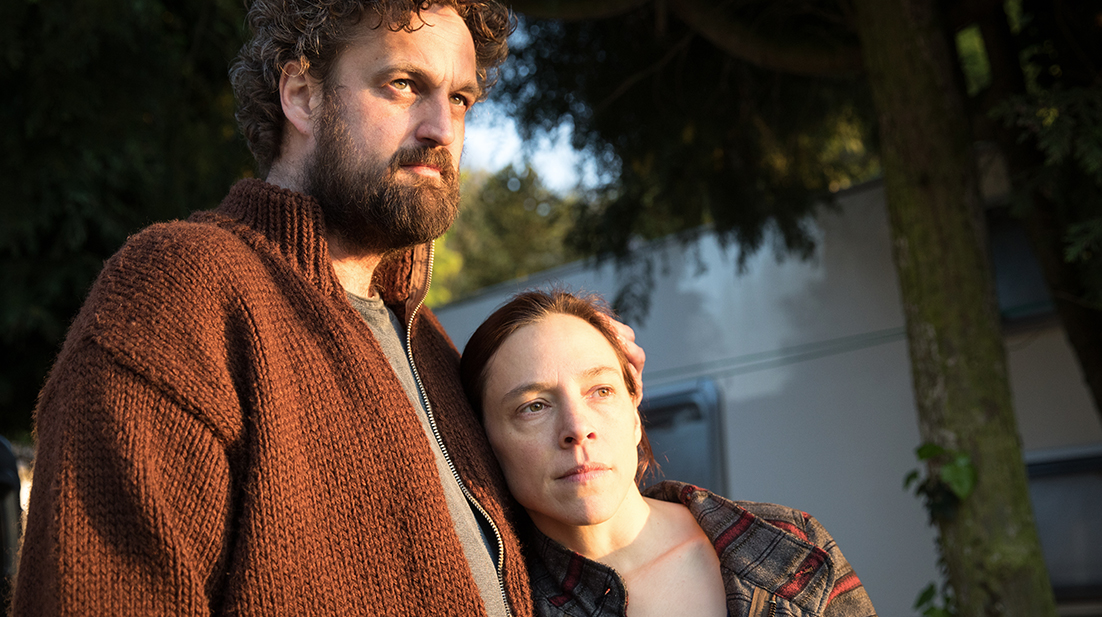 Esther Rots’ follow-up to Can Go Through Skin is a portrait of psychological self-destruction told through three time-lines keeping the audience enthralled but also questioning the role of its plausible characters.

Mette (Lethem) is a busy working mother who runs a domestic violence support centre while coping with the latest addition to her  family, a daughter Michelle. Her marriage is under strain with her husband Simon (van der Veen) often away on business. Aware that Lee (Wildermersch) is also having trouble with her violent boyfriend Frank, she invites the young woman to help in the centre and stay with her during one of Simon’s long absences. Needless to say, Frank finds out where Lee is hiding and when Simon returns on the same night, confrontation in unavoidable and tragic consequences ensue leaving Mette wheel-chair bound but paradoxically bringing her closer to her estranged father – who is also in a wheelchair and suffering from dementia. The pair chatting to each other in their wheelchairs, is one of the highly symbolic scenes of this affecting indie features from the Dutch writer and director.

DoP Lennart Hillege deftly manages two different styles: from hyper-realism to women-in-peril scenes where the traumatise Mette, tries to get her mind around what really happened. The continuously changing time-frames help to crate an atmosphere, where the truth –  Rashamon-style –  becomes more and buried in an ecliptic avalanche questioning our initial perceptions of the protagonists during the course of the narrative. With its score of Brecht-like songs by composer Dan Gesin, Retrospekt is a haunting and enigmatic character study. AS