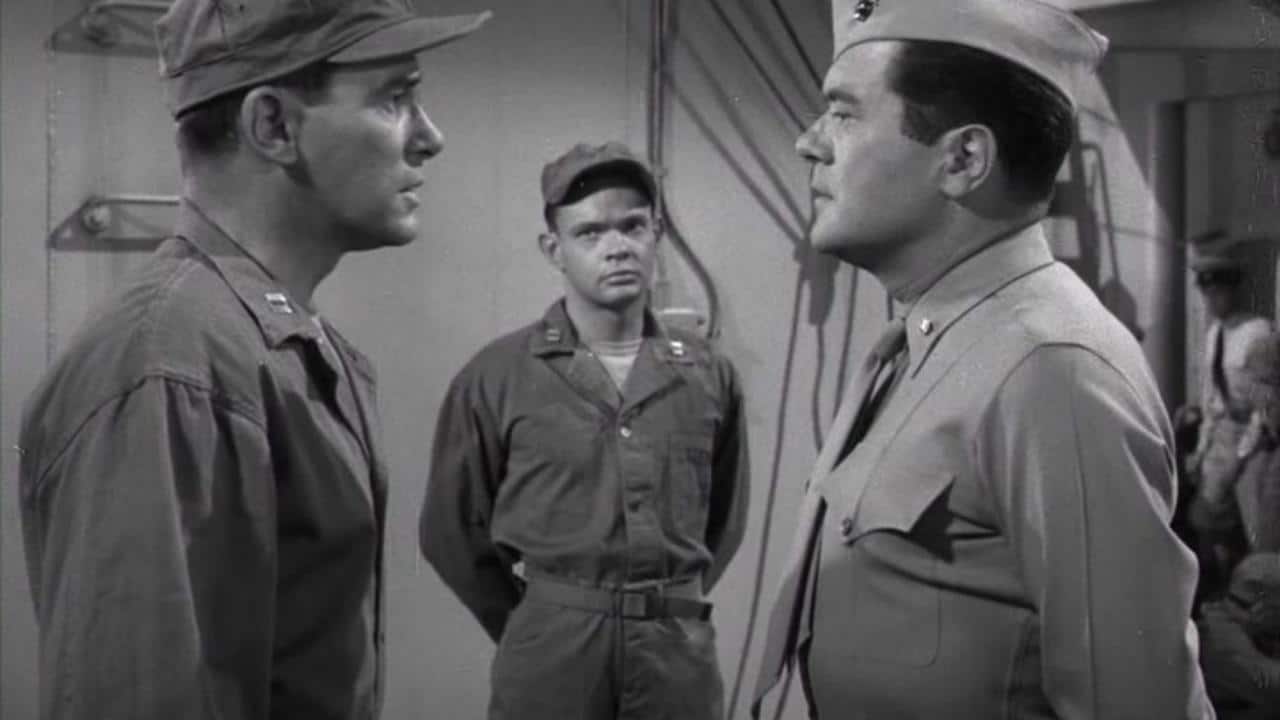 In his first film after exploring the dark side of America in Gun Crazy, Joseph H. Lewis turned his talents to this ultra-patriotic movie beginning and ending with To the Shores of Tripoli over the credits culminating with a finale set in the snowy wastes of Inchon which was one of the very few Korean War films actually made during the war.

Retreat, Hell! sees Frank Lovejoy, the commanding officer with a heart of gold beneath his gruff exterior; veteran captain Richard Carlson, the thoughtful family man and war veteran recalled to action; and teenage private Russ Tamblyn all fighting their way out of a frozen mountain pass while under overwhelming attack by some Chinese soldiers. Also appearing in the film is Tamblyn’s older brother, also a Marine, and Nedrick Young (credited as Ned Young).  A sure sign of official endorsement is the abundant use of actuality footage.

The most interesting feature however is the eighteen year-old ‘Rusty’ (as he was then billed) Tamblyn who provides an early demonstration both of his ability to act along with the physical dexterity to convincingly take part in a session of jujitsu. There’s not a lot of humour but the admonition of Tamblyn’s drill sergeant Nedrick Young (ironically himself soon to be blacklisted) to go easy on the target he is bayoneting since it belongs to the US government is fairly amusing. @RichardChatten.