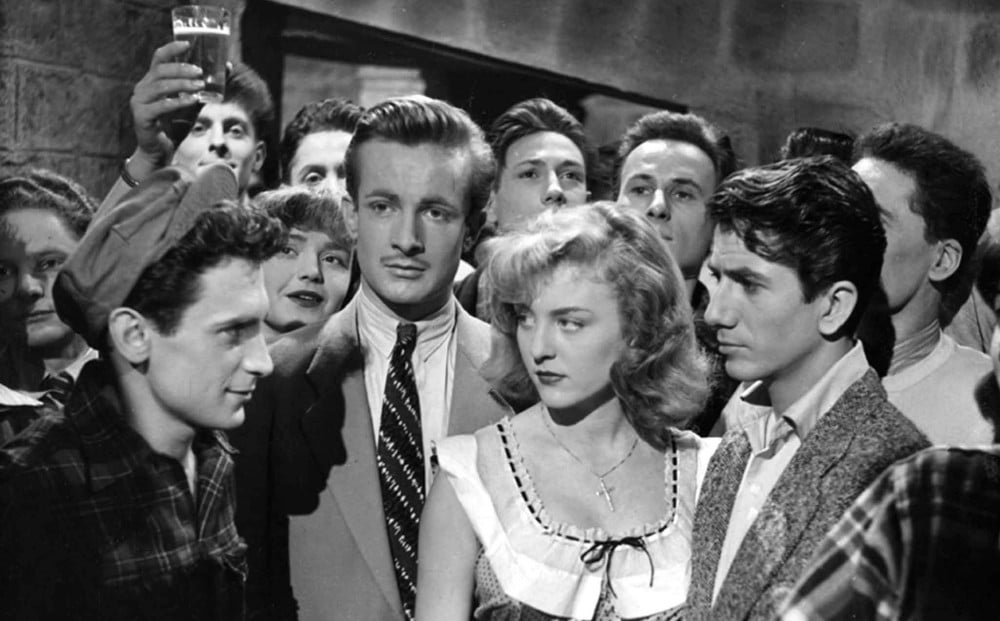 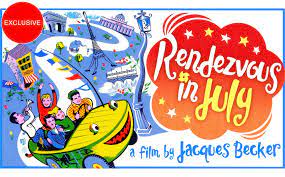 One of Jacques Becker’s most financially successful films, this exhilarating slice of postwar Parisian life isn’t quite the first ‘slacker’ film (that distinction probably belongs to Val Guest’s Give Us the Moon five years earlier) – but its freewheeling portrait of the young at play around Saint-Germain-des-Prés and the Latin Quarter, aided by tremendous photography by Claude Renoir, vibrantly captures the look and feel of a Paris only recently freed from the dead weight of the Occupation and discovering jazz (and amphicars!).

Strongly anticipating later ‘youth’ subjects like Fellini’s I Vitelloni (1953) and Marcel Carné’s ‘beat’ film Les Tricheurs (1958), a full ten years before the Nouvelle Vague Becker’s film also discreetly employs the whimsical archaism of irises in and out that later became one of the hallmarks of the new kids on the arrondissement during the early sixties. Among the attractive cast of newcomers, watch out for veteran Gaston Modot playing a professor. @Richard Chatten