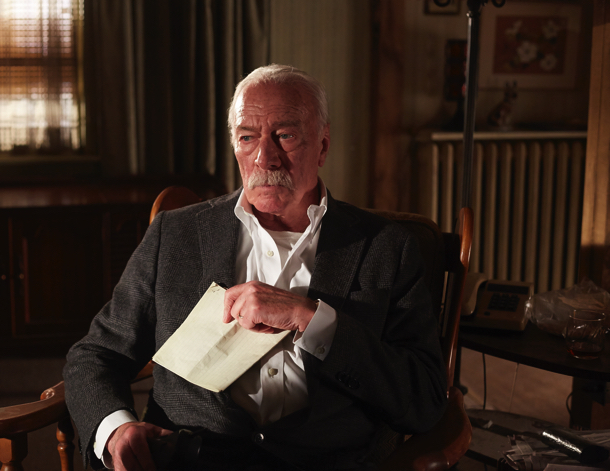 Atom Egoyan still has the power to pull an emotional punch, and even though REMEMBER doesn’t quite hit the highs of Exotica and The Sweet Hereafter it is a classy war-themed thriller with a relevant twist to its tightly scripted tale of revenge.

Christopher Plummer’s towering performance transforms this rather stolid affair into an emotional tour de force as Auschwitz survivor Zev Guttman who is suffering from Alzheimer’s, and confined to a home after the death of his second wife Ruth. With time on his hands and the help of his fellow inmate Max (Landau) he hatches a plan to hunt down a former concentration camp guard Rudy Kurlander who lives under an assumed name in the USA. Rudy’s journey takes him from Canada to Ohio, then Idaho where he finds out that the Kurlander in question has already died. But his son (Norris), a state trooper, is an ardent Nazi like his father. who just  a cook in the SS. Finally, in California, where Zev’s son Charles (Czerny) catches up with his father, henseems to have found the right man – but his name is not Kurlander.

REMEMBER’s rather formal structure is given an inventive, surprise-ending and Plummer holds our attention with his utterly believable turn as a dementia-ridden family man with a killer instinct, clearly homed during his war experiences and although Egoyan’s strict linear narrative takes some of the suspense away, he transforms little details into meaningful images: observations of the modern consumer world seen through the eyes of a septuagenarian make this feel real and even humorous, breaking up the sombre subject-matter. REMEMBER is old-fashioned but engaging – just the right film to see with the whole family on a Sunday afternoon. AF