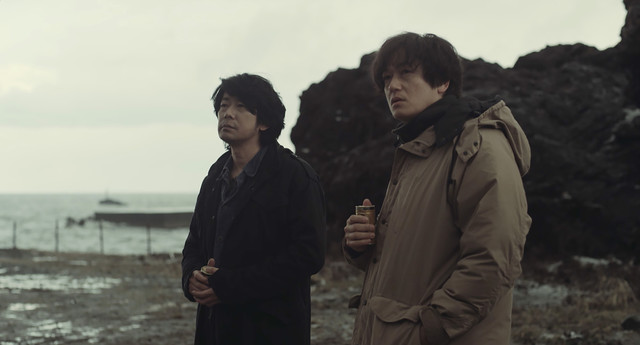 An island community is still haunted by the mysterious disappearance of a little boy 30 years after he went missing, in this spookily stylish Japanese crime thriller.

Premiering at Marrakech Film Festival RED SNOW is the feature debut of Sayaka Kai known for her award-winning short Ondine’s Curse (2014). The young auteur quickly establishes a sinister mood in the eerie snowbound location where her troubled characters are all victims of their own past and still fraught with pent-up emotion and debilitating psychological scars that threaten to break out and reveal a truth too ugly to bear.

Themes of unreliable memory, child abuse and mental illness play out in the sober, icy landscapes where Takumi went missing three decades previously leaving a mood of anger, bitterness and mistrust amongst the broken inhabitants.

The main suspect is an eccentric female cleaner with an abusive childhood – seen in repetitive flashbacks where we witness the cruelty of her sociopathic mother. Not only is she generally unpopular with the rest of the islanders, but she is also in a toxic relationship with an older man who is purportedly her pimp. And the more Takumi’s brother urges her to share her recollection of what happened, the greater her reluctance to discuss the crime, or even talk about her memory of it.

But when a reporter arrives on the island to investigate the cold case, clues and truth start to mingle with a trail of other unsolved crimes including insurance fraud and a devastating fire. It soon appears that Takumi’s reclusive brother, a talented lacquering specialist with a workshop close to the desolate shores, could also be involved in the disappearance.

There are distant echoes of Hiroshi Teshigahara’s Woman of the Dunes to this baleful piece that seems to languish in its own misery. YAS-KAS’ atmospheric score sets a sober tone occasionally giving way to scenes of lingering silence thats seems to accentuate the bleakness of the remote settings. Sayaka Kai makes use of a re-occurring luxuriant red motif that connects the lushly lacquered boxes with the blood of Takumi’s presumptive murder that stains the mournful flashbacks haunting his brother’s dreams and memories, and recalling that fateful day when he left home on a brief errand.

A strong cast supports lead Masatoshi Nagase as the man trying to solve the mystery. RED SNOW’s visual aesthetic is way beyond what we can usually expect from Japanese first features marking Sayaka Kai as a talented auteur in the making. MT