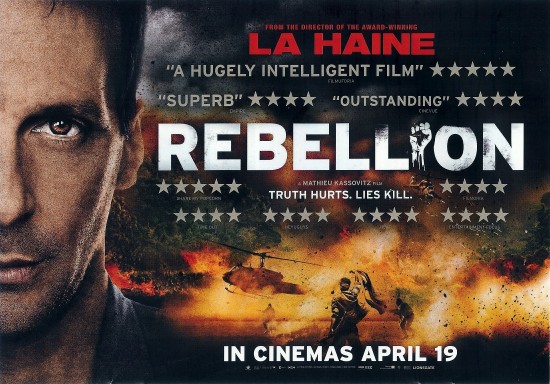 Perhaps best known for his break-out 1995 smash, La Haine, if you didn’t like Rebellion, there would be nowhere else to place the blame, other than squarely at the feet of Matthieu Kassovitz.

Rebellion is based upon the real-life happenings surrounding the uprising and events of May 5th 1988 in French Noumea, New Caledonia. In typical fashion, Kassovitz has totally embraced rather than shied away from the central issues and myriad complexities surrounding the highly emotive and politically incendiary actions of the day, coming as they did upon the eve of crucial General Elections in distant France.

Kassovitz is a master minstrel, understanding the camera supremely well and here again manages to convey a great deal with simplicity, without losing the power or authenticity of the moment. Every shot is very carefully considered, both for maximum impact and for yield, and the story he decided to tell is a very well chosen one, not only in terms of what it offers up, but for what is says about where we’ve come to collectively; new values for old.

Kassovitz plays a negotiator sent onto the eye of the hostage storm to try to best hammer out a peaceful resolution. As that key player, he allows us insight into the many forces at work during the crisis, from the hostage takers, the hostages, the police, the army and all of the contingent politics prevailing at the time. 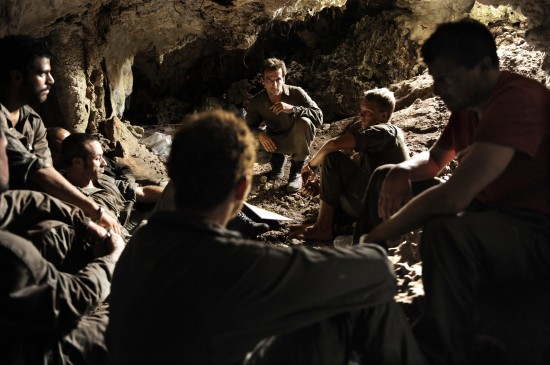 This is a hugely intelligent film, pulling off what could have been terminally mired exposition and plot with a deft brilliance, refusing to simplify or flinch from what happened, even though what transpires is far from France’s greatest hour. All this at the same time as avoiding becoming excessively violent or indeed, preachy.

‘By making believe we are fighting terrorists, we dehumanize our opponents, making violence much easier, to the detriment of future negotiations’. Kassovitz evidently still has the fire in his belly that made La Haine so powerful. But with all of the passion, the anger in his films born of frustration, there also remains no doubt that he is after all, a humanist. Superb storytelling then, as told by a superlative storyteller. AT

REBELLION IS ON GENERAL RELEASE FROM 19TH APRIL 2013.