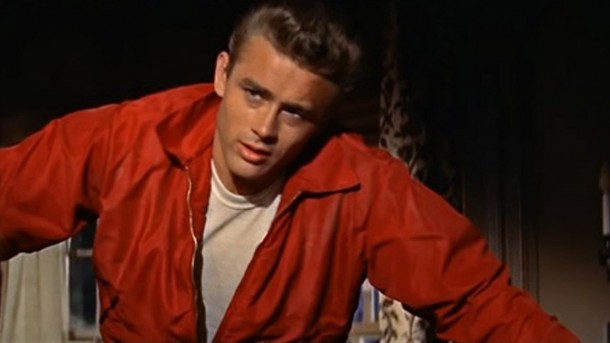 REBEL WITHOUT A CAUSE gets a sparkling makeover as a tribute to the actor James Dean’s major films.  It features his definitive role and goes down in history as one of the iconic movies of the 1950s.  As Jim Stark, the archetypal troubled teenager from a dysfunctional family, arriving in a new town and falling in with the wrong crowd and Natalie Wood’s fresh-faced girl next door, it captured the zeitgeist of the powerful cultural changes of the era and immortalised Dean as the all American hero, earning him a posthumous Oscar nomination for this mesmerising portrait.

Another dysfunctional family drama this time set in the lush landscape of California where Dean stars in his debut as Cal Trask, a man in turmoil competing with his brother, Abra (Richard Davalos) for the attention of his parents and the shared affections of their sweetheart in the shape of Julie Harris. Elia Kazan’s epic adaptation of John Steinbeck’s classic novel (Cain and Abel) benefits from the atmospheric score of Leonard Rosenman  and was the only film of the three to be released before Dean’s death. The exchanges between Dean and Raymond Massey as his father Adam add a vibrancy to the otherwise slow-burning potboiler: it is said James Dean deliberately provoked Massey off-set to get him into character.

Set to Dimitri Tiomkin’s rousing score, another love triangle this time based in the wide open spaces of a cattle ranch in Texas where James Dean plays Jett Rink, an embittered oil prospector set on destroying the family who has never welcomed him. Despite the dynamite leads (Rock Hudson and Elizabeth Taylor became lifetime friends after starring as, Leslie Benedict and Jordan), the film feels stolid and self-important.  Nevertheless, GIANT was the highest grossing film in Warner Bros. history until the release of SUPERMAN (1978).