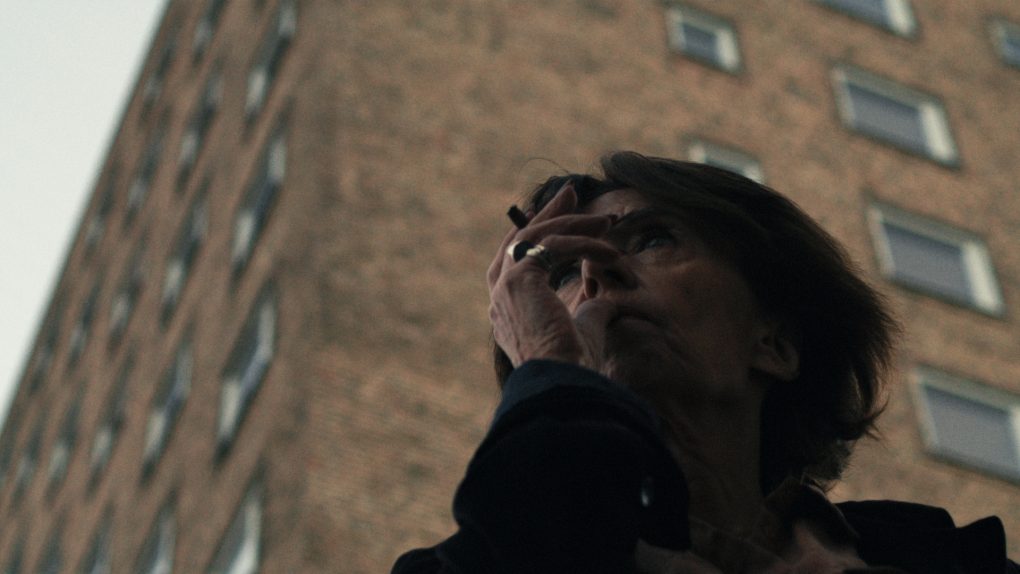 There’s no denying the similarities between the Grenfell tragedy and this caustic character thriller which shows that owning property can be as horrendous as not owning it. THE REAL ESTATE also offers a bracing blast of inventiveness to this year’s Berlinale line-up in a narrative that relies on its dissonant electronic score as much as its vibrant often chaotic images. In the wake of the European housing crisis this Swedish experience explores what happens when an elderly expat inherits a large block of flats from her father, forcing her to return home to Sweden and deal with the estate.

This darkly abrasive drama is not made easier to stomach due to its unlikeable characters. Nojet (Léonore Ekstrand) and her brother-in-law and nephew lock horns over her inheritance when it emerges that the men have sold illegal leases to the tenants on the 7th floor, not only making a sale of the block almost impossible – due to these existing tenants’ rights – but also revealing their widescale mismanagement of the property and trousering of the resulting funds: the heiress is faced with an intractable situation from which she cannot simply even walk away.

Described by the filmmakers Axel Petersén and Måns Månsso as a ‘family affair’ allowed them to get up really close and personal with Léonore Ekstrand, the only professional actor here who gives a feisty turn as a hard-nosed wealthy woman who had clearly retreated to sunnier climes, but retirement has not softened her toughness when it comes to business. After the funeral service and crematorium scene – pictured at hideously close quarters – Nojet gets down and dirty with her claws out. There’s an uncomfortable detachment here which has much in common with Ulrich Seidl or even Jonathan Glazer and the Swedes keep the tension taut with a jagged and unpredictable tale which sees Nojet decamp to the countryside home of her father’s lawyer, played by a dissipated Christer Levin, who has a lethal arsenal of weapons and is also a rather good cook. As with Grenfell, it soon emerges through Nojet’s door to door enquiries at the block that many of the inhabitants are subletting illegally or are immigrants. She gets intimate with a potential buyer who gives the property (and then Nojet herself) a good going over, but then backs off due to the inherent complications.

The ingenious plotline and bracing aesthetic is certainly a shot in the arm for avant-garde cinema, but may shoot itself in the foot beyond diehard arthouse audiences. This is an unsettlingly aggressive film with its hard-angled baleful bitterness, but those who stick with it may even applaud is sensory onslaught and shaky handheld camerawork. This is an intrepid and caustic film about sharks. MT