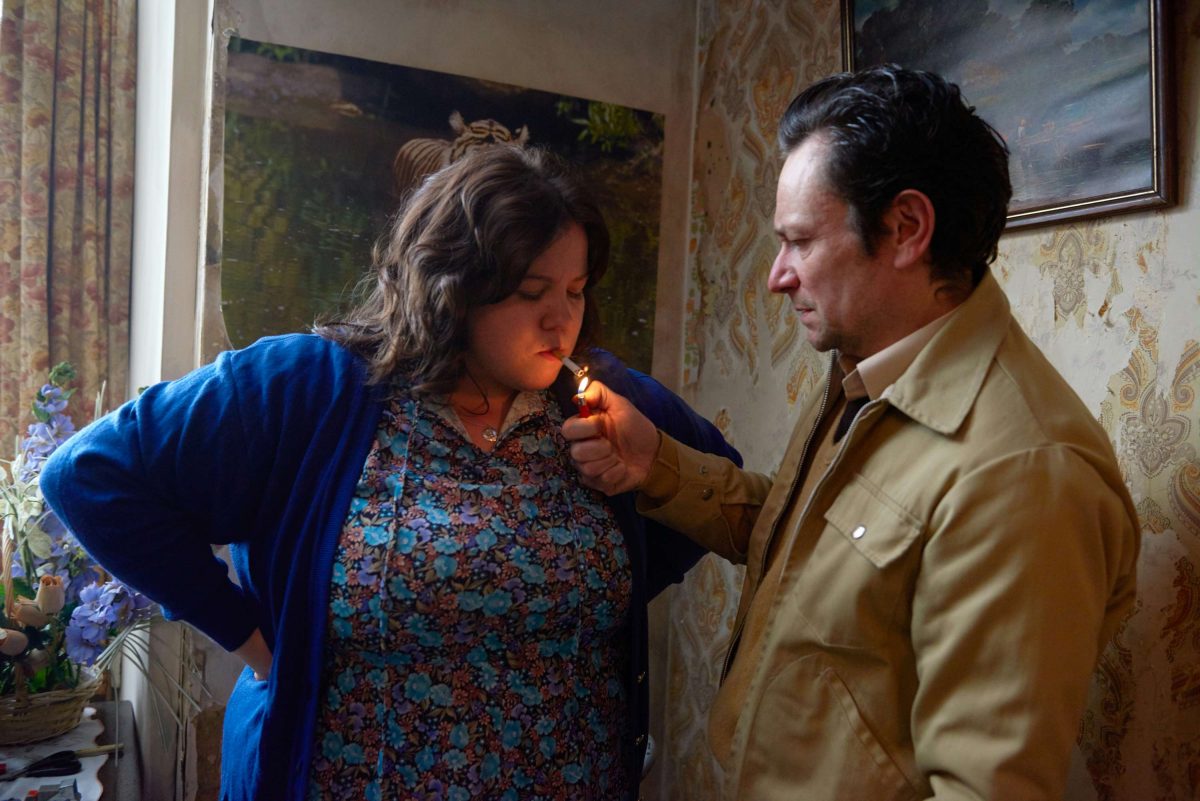 Turner prize-nominated Richard Billingham doesn’t miss a trick in portraying the squalid splendour of his early life in Birmingham during the early Seventies in his debut drama RAY & LIZ, premiering here at Locarno Film Festival.

Five years in the making, this impressively-tooled arthouse piece is not for the feint-hearted: In one scene the family dog makes quick work of some vomit spewed out after an enforced drinking spree. But this all adds to the glorious texture of his childhood experiences in the Black Country recorded fondly for posterity and in tribute to his parents, from collected photographs.

The Political undertones of the era are not swept under the grimy council house carpet but hardly forced in your face either. The Seventies were desperately difficult years for Britain, both politically and economically, and although Harold Wilson got the country back to work, it came at the price of inflation at almost 30%, the decade ending with Jim Callaghan’s humiliation at the hands of the unions in the Winter of Discontent and Margaret Thatcher taking over as prime minister in 1979.

We first meet Ray (Patrick Romer) sipping some kind of lethal home brew out of a plastic bottle after a night’s sleep, fully clothed, in his dismal bedroom. It’s a pitiful sight and we feel for him, yet he seems content enough although lost in his thoughts. As the narrative slips back and forward from Billingham’s early years to this final memory of his father, still in a council property and separated from his mother, there are poignant moments but also those that are painful to watch, such as when his “soft” uncle Lol is beaten senseless by his mother (with her shoe). And the cockroach-ridden mildewed walls and filthy ‘front room’ in their council flat makes grim viewing, as does the disgusting sight of bloated and chain-smoking Liz on one of her shouty outbursts. But the film is never maudlin. Welcome bursts of cheeky humour occasionally lurk round the corner even in this God-forsaken highrise hovel with its menagerie of invited and uninvited animals, such as the time when little Jason poured chilli powder into his father’s mouth while he was asleep.

There are also echoes of Terence Davies in this social realist memoire. Ray lost his job when the kids were small and his reduced masculine pride sees him making himself scarce or – even useful – around the place in contrast to his surly, stroppy wife who spends her time flower arranging. The period detail here is extraordinary, almost to the point of cliché. It’s as if Billingham has sat down and made a list of every single item he remembered from his upbringing, and then painstakingly placed it on the set and in the dialogue which is rich in local expressions recalling the era. Not an appealing film to watch but an honest, authentic and heartfelt reflection of a point in time and place. MT