“I find it hard to say what it is to be English, but Ravilious is part of it” says writer Alan Bennett in a new film on the artist. 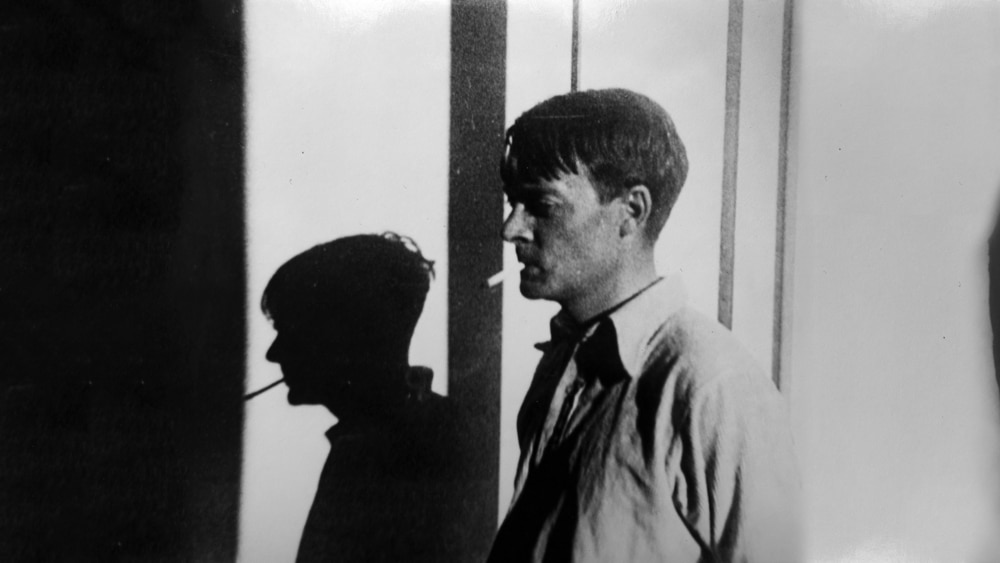 Eric Ravilious (1903-1942) was one of Britain’s most iconic creative forces defining the English landscape in the British pastoral tradition with his unique engravings and prints. What other wartime painter has captured Englishness with such gentle passion. And although his short life was touched by joy and tragedy his paintings, engravings and lithographs are accessible and so easy to like. His softly nostalgic subject: the countryside during wartime, the soft rolling hills of the South Downs; the chalky fields of the Chilterns and white cliffs of Dover. But his work would soon document the war effort with fishing boats, barage balloons and a painting entitled ‘Rendering mines safe: “He’s so loved and appreciated but somehow remains a shared secret”. says Alan Bennett, one of the talking heads in this new film by the Bafta-winning director Margy Kinmonth, along with Grayson Perry and Eric’s daughter Anne Ullmann and granddaughter  Profoundly serene yet profoundly disturbing, the documentary also serves as a visual record of war.

Born in 1903 into a family that fell on hard times after the Great War Ravilious won a scholarship to the RCA where he met his mentor the artist Paul Nash. He developed his own precise but elegiac style while sharing a house in Great Bardfield in Essex with the fellow artist Eric Bawden, who he met at Morley College. Inspiration came from the nature surrounding them and was chosen for its documentary quality, the two brought watercolours back into fashion as both Eric and Bawden detested oils (too much like toothpaste).

A satirical first project in 1930 offered the opportunity of meeting his wife, fellow artist Tirza Garwood and the two started painting a mural of a seascape with parachutes raining down from the sky, an undertaking that financed the first four years of their marriage. Times were hard but Tirza made an income from marbling paper for walls while Eric combined teaching in London with his design work. Anne Ullmann explains how his boyish good looks, wit and infectious sense of fun soon led to several affairs during which time his paintings became freer and more colourful. But Tirza’s first child John arrived with a marital reconciliation and she would keep the home fires burning alone with the children for most of their married life, although Eric wrote often and affectionately, and some of his letters are interweaved into the linear narrative along with ample illustrations and personal photographs from the family collection.

What drew Ravilious to work for the War Office was the chance of excitement but also the responsibility. It gave him a salary which was welcome after struggling financially for so long. War also gave him tremendous scope to broaden his horizons, painting things he would have never dreamt of had it not been for the conflict, although much of his work was destroyed when Morley College was bombed.

In April 1940 Ravilious was stationed in Norway on HMS Glorious which was later to be destroyed. Ready to fight as a soldier he was also trying to paint British battleships and Germans U-boats in the deep fjords and raging seas. From then on he travelled far and wide documenting wartime in Scotland and Iceland where he found himself painting warplanes that helped to inform today’s pilots. In Newhaven his drawings were censored on the grounds of them being ‘too informative for the enemy’.

Two years later in 1942 Tirza’s ill health brought Eric back down to earth and he was posted at RAF Sawbridgeworth (now defunct) in Hertfordshire, where he produced a series of watercolours providing a flavour of everyday life, from the types of aircraft to the activities that took place in the interior of the airfield’s ‘mobile operations room’. He wrote to Tirza: “the weather gets finer all the time but I feel bored of pictures of planes on the ground and want to go flying”.

Eric’s affection for the watercolours of Francis Towner took him next to RAF Kaldadarnes in Iceland where he would capture ice and snow and crater scenery. In August 30th 1942 Eric went missing, aged 39, in his plane on a royal marine Air Sea Rescue patrol. These imaginative scenes are hazily recreated showing him floating down through the heavens to a watery grave surrounded by leaves from his sketch book. “From the artistic side his loss is deplorable and he will be quite impossible to replace”. Tirzah would die nine years later of cancer leaving their children orphaned.

Eric Ravilious was the first Britist artist to die on active service in the Second World War. His paintings were forgotten for 40 years until they were discovered under Edward Bawden’s bed, by Eric’s children James, John and Anne. Now how romantic is that? MT