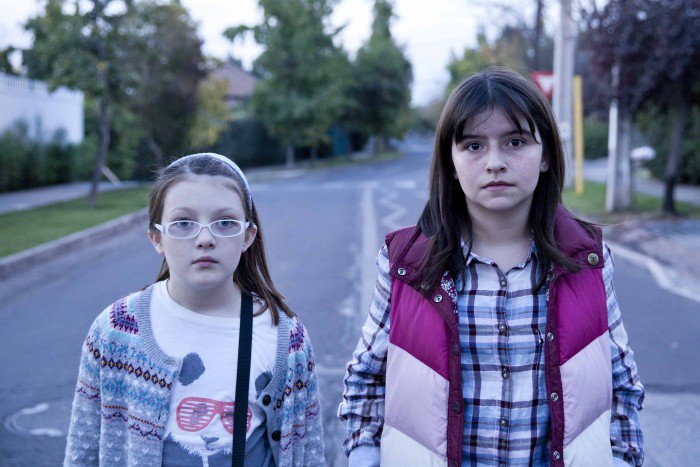 Filmmaker Pepa San Martin delivers a stingingly truthful portrait of family disintegration in her promising debut RARA, where a father uses the sexual orientation of his ex- wife to gain custody of their two daughters. Based on a true case in Chile, RARA is a sad account of judicial prejudice, told often in an ironic tone when describing situations bordering on the absurd.

In the Argentine city of Mar de Plata, Paula (Loyola) has left her husband Victor (D. Munoz) and taken their kids Sara (Lübbert) a maudlin teenager, and her much younger sister Catalina (Ossandon) to form a new family with. Lia (A Munoz). Things come unstuck when Sara tells her father about harassment at school because she lives with “two Mommies”, and Victor, a one time supporter of Pinochet in Chile, starts a court case to get custody of his two daughters, ably supported by a “tame” psychologist and his influential mother.

The catalyst of the narrative is Sara, whose teenage angst is driving her into the arms of her father, sometimes against her own will. Homelife for Paula and Lia is often problematic with the two arguing and causing friction between Catalina and her sister. At school, Sara’s best friend, Pancha (Christi), is everything Sara wants to be: slim, articulate, and indulged by her rich parents. Victor, manipulative by nature, uses Sara’s birthday party to alienate her from his ex-wife – after all, his house is much bigger than Paula’s. When Sara stays out late – just another attempt to copy Pancha – the situation boils over.

RARA, means strange in Spanish, and is certainly the situation finds herself in caused by adults who say something, but mean exactly the opposite. Sara flirts with co-student Julian, her sister is obsessed by a little kitten – their worlds do not meet. On top of it, Victor is a true macho man: when his new partner Nicole tells him to wash his hands before lunch, he immediately hits back, shouting at Sara to take her feet off the sofa.

RARA’s strongest moments are these small observations. The true victim is Sara, who is not only used by her biological parents as a pawn, but also is left to mother Catalina, since her father is hopeless at communicating with his girls and Paula is too engaged in her emotional struggle with Lia to notice, let alone care. Carried by Lübbert and Ossandon, RARE is always lively and tenderly humane as evoked in DoP Enrique Stindt visuals that contrast the two very different family homes, but also create lyrical scenes of the city, where Sara will find her freedom away from the interfering and selfish adults. AS