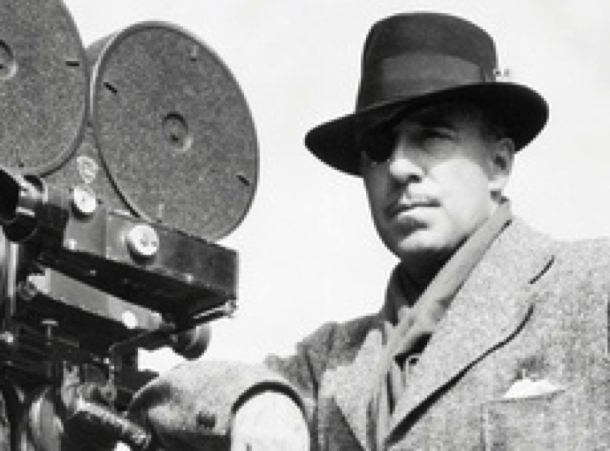 Though perhaps not as well-remembered a name as some of his contemporaries, Raoul Walsh nevertheless delivered many a well-loved film in his 50 year directing career; White Heat, High Sierra and The Thief of Bagdad among them. According to Walsh, cinema was movement, and he brought a true sense of momentum to his work, be they action, western or gangster movies.

This profile (“the story of Hollywood itself”, he calls it) of his life and career is essentially a filmed memoir telling us Walsh’s life story and the story of the pictures he made through a whimsical first-person narration in the voice of Walsh himself. He wasn’t one who cared to draw a distinction between fact and fiction, which is why this biography may well be full of tall tales and embellishments, but which doesn’t matter a jot. He met Mark Twain, rode with Villa, lost an eye in a car accident, discovered John Wayne and created the Wilhelm Scream as he packed over 100 films into his career, and there wasn’t a star of the day he didn’t work with.

Tremendously evocative archive photos show how he started out as an actor in New York before moving to Los Angeles and learning his trade at the feet of D.W. Griffith. From there it never really leaves its chronological path of trying to tick off just about everything he ever did, moving from movie to movie with no real pause for context. “Then I made this picture with so-and-so” is an oft-repeated phrase.

Still, the gossip and the history is great to hear, and he’s very candid about his work, calling them turkeys when they were turkeys, and about his affairs and who he liked and didn’t like, revealing himself as not a very nice man at a time when rampant racism and misogyny still flew. But it’s all incredibly one-note, especially once his career is in full swing, and it’s certainly not a Hollywood memoir on the level of something David Niven brought us. As fun as it is, in never straying from its formula, it’s much too prosaic and linear to make a lasting impression. Paul Greenwood