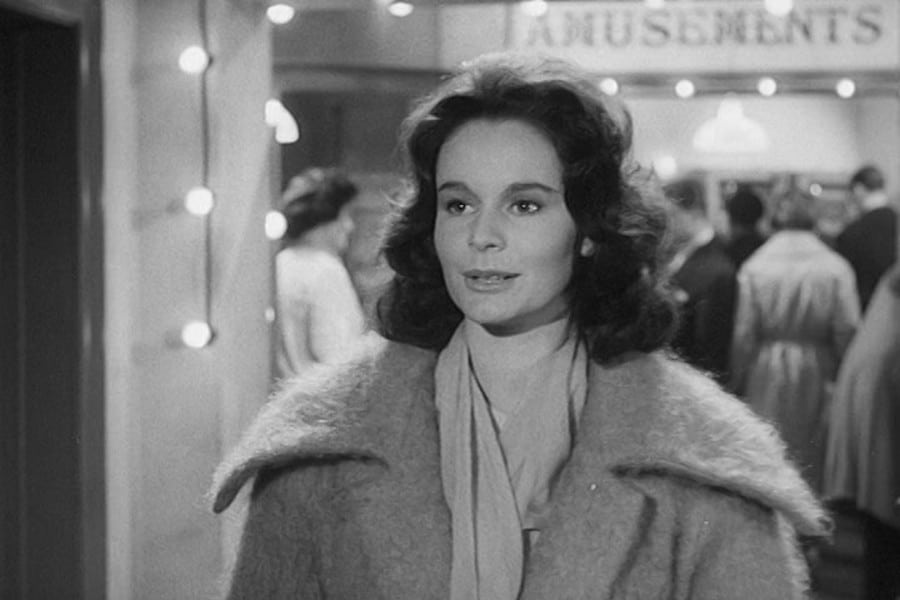 January 19th, 2021
Author: Meredith Taylor
Dir: Lance Comfort | Cast: Jess Conrad, Christina Gregg, Hermione Baddeley, Kenneth Griffith, Patrick Magee | UK Drama 67′
If you peruse a copy of ‘Women’s Own’ from the 1960s or 1970s you’ll almost certainly come across the smiling face of Christina Gregg in the fashion adds after she returned to modelling following a brief film career as a juvenile leading lady during the Swinging Sixties.

In the title role of this cautionary tale from Mancunian Films, directed with his usual flair by Lance Comfort (with a infectious skiffle score by Martin Slavin), she learns the hard way what perils lay in wait behind the bright lights of the capital city sixty years ago (vividly shot in winter by veteran cameraman Basil Emmott); starting like Gun Crazy with the innocent young hero (a girl) and ending like The Asphalt Jungle. The feature had a US release under the title of Young Willing and Eager.

Most of the men are trouble, including Gregg’s abusive stepfather Patrick Magee; predatory night-club owner Kenneth Griffith and bad lad Jess Conrad (who was signed for Decca Records), first seen propping up a bar in a leather jacket; while Hermione Baddeley resembles the Joan Blondell character from Nightmare Alley as a fortune teller predicting that Miss Gregg is “going on a journey”. Richard Chatten