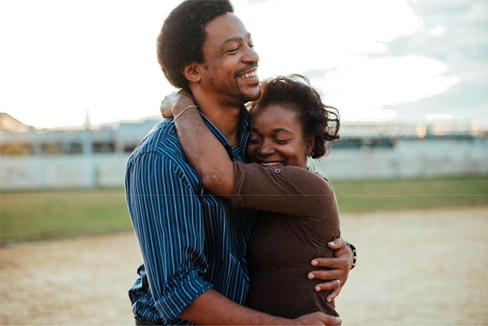 What started as a chance encounter – when Olshefski was teaching photography in North Philadelphia – has turned into a documentary about the Rainey family: black, broke but incredibly creative and resourceful. QUEST is not just another opportunity for a white outsider to wax lyrical about deprivation, but a project born out of common interests.

Chris Rainey runs a small home recording studio where budding neighbourhood talents are try to find a way into the professional rapper scene. Whilst the studio is a labour of love, Chris makes a living as a newspaper deliverer – combing art and survival in the same way as former construction worker Olshefski – in order to finance his art projects. The director “could relate to the juggle of the passion project and the day job”. Aware “of the long history of privileged filmmakers going into communities that are not their own”, he avoids marginalising North Philly and the Rainey family, but tells instead a story which is as much about their friendship as the town itself, which he hopes will benefit from QUEST.

‘Ma’ Christine’ Rainey is the pragmatist in the family, working in a badly paid Shelter job, she has learned to economise on all levels. Her arms were badly burned in an domestic accident but she remains stoical, whereas her husband Chris is the dreamer, running his studio with near religious faith. When the matriarch’s oldest son, twenty-one year old William, is diagnosed with a cancerous brain tumour, Ma springs into action. William, whose first child has just been born, is despondent. He even gets a tattoo with a warning sign for chemical pollution, declaring himself a ‘dangerous zone’

. Olshefski workimg as his own DoP and sound designer, wanted to close the project after the re-election of Barack Obama, but a new misfortune struck the Rainey family: their teenage daughter Pearl (P.J.) was hit by a stray bullet and lost an eye. In one of the most harrowing moments of QUEST, Chris recalls his daughter’s first words after he rushed to her aid: “Daddy, I am sorry, I got shot”.

But QUEST is also a celebration of life: when Pearl comes home after a lengthy hospital stay, the street party to welcome her back is something to behold. The discussion between the couple about Pearl’s burgeoning homosexuality is surprisingly rational, Ma blaming her husband “for always obstructing me, when I wanted her to wear some more feminine clothes”. Nevertheless, Pearl would graduate, choosing her own way. When Chris is interrogated by white police officers the tension shows– even though Chis has always supported the police and attended demonstrations against gun violence in their neighbourhood, the friction between police and citizens is always simmering.

Without the frills or mannerism that often accompany this kind of self-styled cinema-verite project, QUEST is exactly what Olshefski planned it to be: “the only agenda is to provide the viewer the opportunity to connect to these incredible individuals and share the love I have for them. This is what I want the viewer to take away. These are people whose voices should be heard.” Olshefski thus avoids a political sermon and just makes do with what he found – which is more than enough. AS

ON RELEASE NATIONWIDE FROM 18 AUGUST 2017