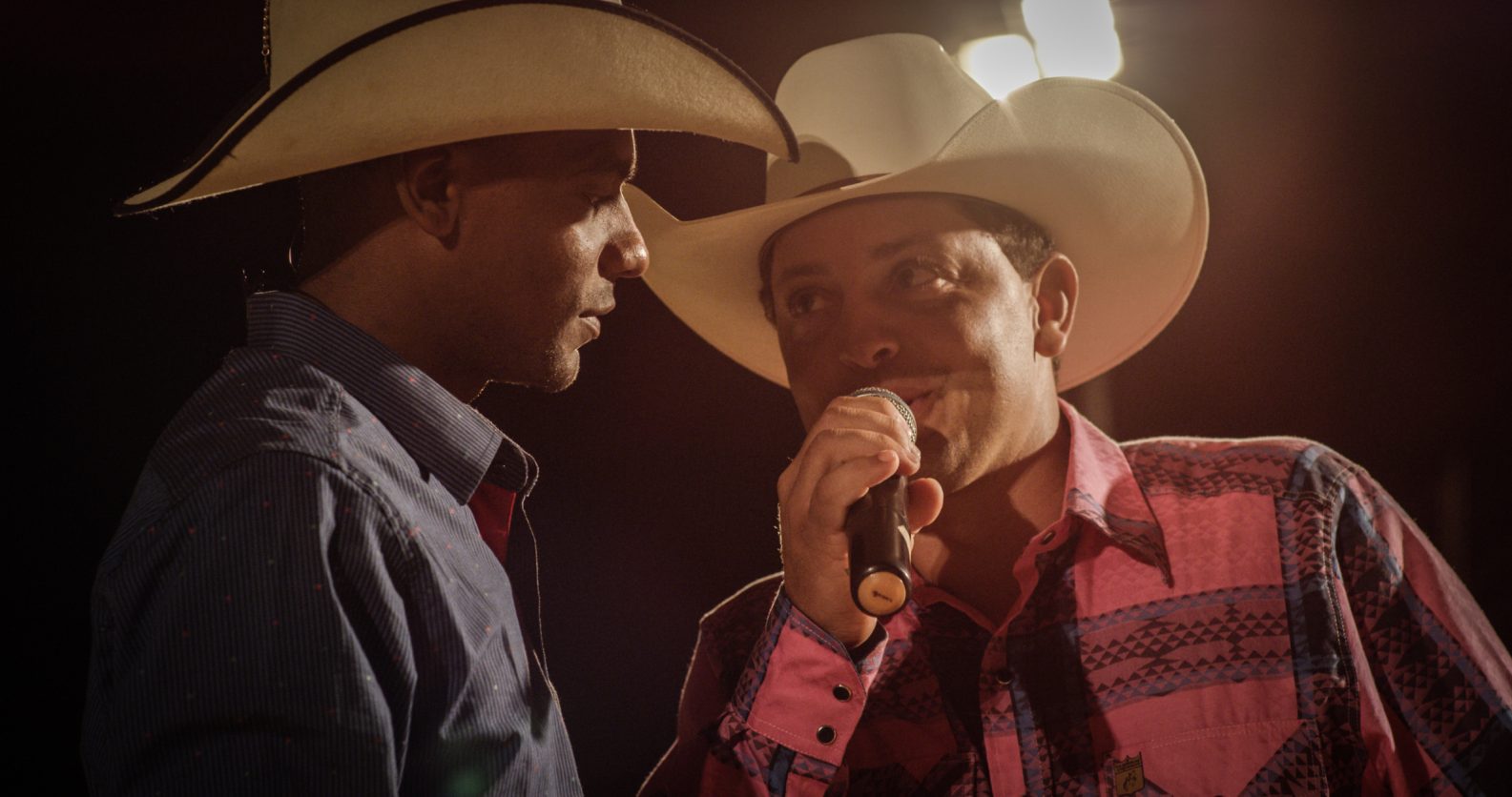 Helvecio Marins’ ravishing debut plays out in the style of a cinema vérité Western imbued with the unique customs and flavours of its picturesque locale in Minas Gerais between Brazilia and Rio de Janeiro on the Rua Urucuia.

Working with a cast of locals, Marins takes great pleasure in creating an atmosphere of bucolic bonhomie in a tale that unfolds langorously in the burnished landscapes of the pampa where God-fearing farm-manager Marcelo Di Souza has grown up raising his Nelore cattle – and he knows them all by name. Their characteristic boney hump and ability to resist blood-sucking insects is particularly suited to the arid planes of Brazil. Marcelo’s other love is the Temme Terra rodeo, where he often announces the competing riders with the ditty: “White, Black, Indian, we are all Brazilian”. This rural community prides itself in solidarity, and there’s little trust for the country’s political leadership. Marcelo is proud of his upbringing but sadly other members of his family have been tempted away by more lucrative work in Rio and Brasilia. And slowly it emerges through casual conversation with his friend Kaic Lima that not everything is as perfect in this rural idyll as Marcelo would have us believe. While he was at the rodeo one night, robbers broke into his  farm and around 100 of his precious cattle were stolen.

In Querência, director Helvécio Marins shows a melancholy hero whose life is in disarray, but who still remains true to himself. Directed with mature confidence and style Marins’ refrains from being overly dramatic and focuses on the textural richness of his subject matter who enjoy an attractive traditional lifestyle in the countryside, and one that’s fast disappearing. It’s a portrait that connects with the narrative of small communities threatened by survival all over the world. And like a fine garment Marins’ film is embellished and decorated with loving textural references and anecdotes that make the journey more involving and pleasurable that the rather enigmatic open final. Long takes and fluid camerawork captures elegant vignettes silhouetted against the darkness or a glowing campfire. And moments of loneliness often contrast with the hurly burly of the rodeo, scored by O Grivo’s award-winning music and bathed in the lush richness of the warm South.  MT

*Nelore were originally brought to Brazil from India, where they got their name from the Nellore district in Andhra Pradesh.