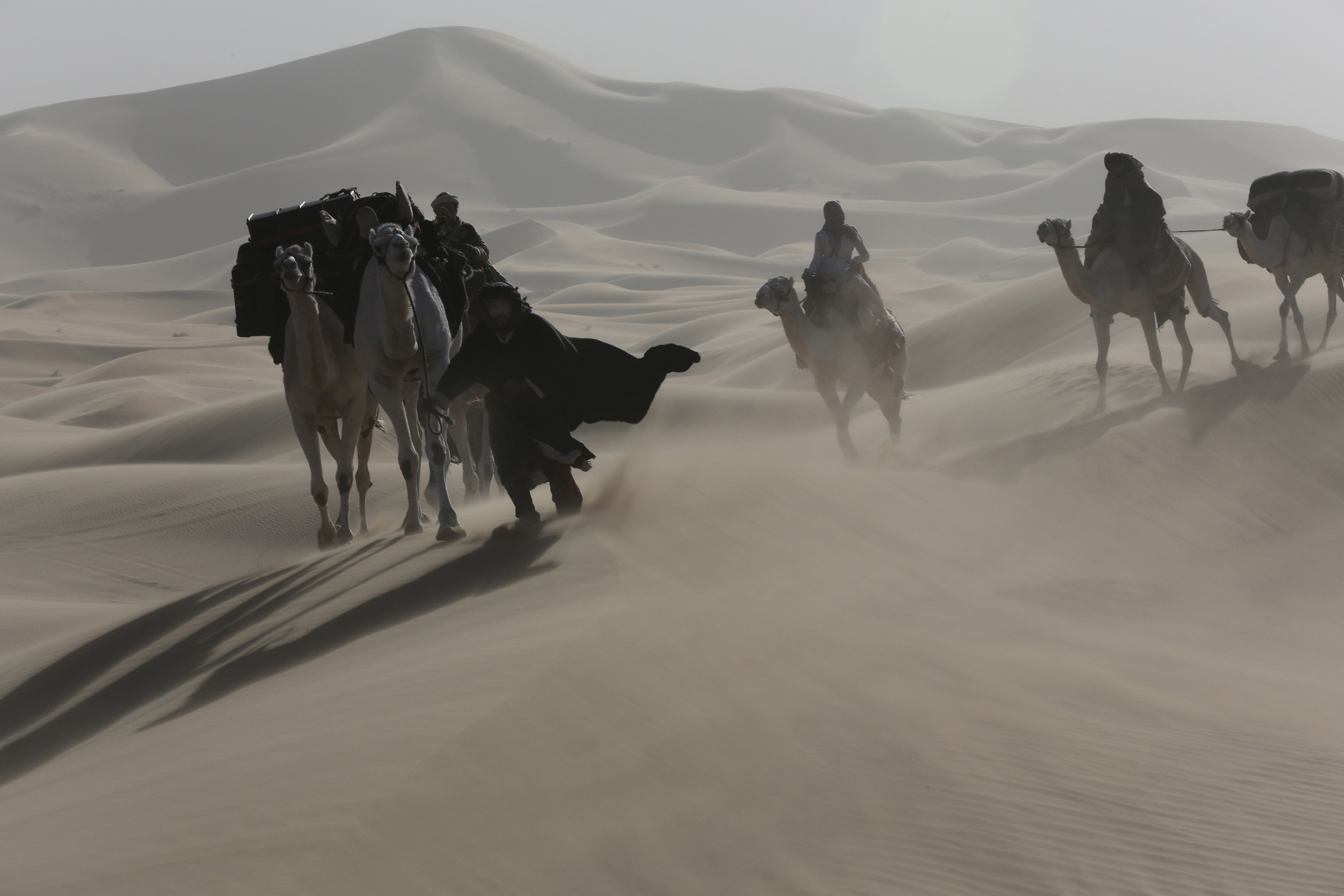 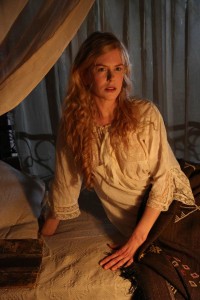 Werner Herzog is considered one of the leading lights in German cinema along with Rainer Werner Fassbinder and Wim Wenders but those expecting quirky outlandishness from his dazzling epic that imagines the life and loves of explorer, writer and suave diplomat Gertrude Bell, will be disappointed. But don’t lose heart. QUEEN OF THE DESERT is devastatingly romantic, deliciously witty and Nicole Kidman gives a dynamite turn in the leading role.

In this drama Herzog embraces the sweeping romantic ideals that were central to FITZCARALDO and even NOSFERATU. rather than a straightlaced bluestocking, he styles the intellectual Gertrude as a imaginative and emotional character, whose independent nature and shrewd persuasiveness lead her to become one of the leading diplomats in Middle Eastern politics and tribal dealings leading up to the Great War and helping to establish Hashemite Kingdoms in Jordan and in Iraq.

QUEEN OF THE DESERT is all about heart and soul and yet Gertrude is far from being a pliant female. Starting life as one of the first women to study at Oxford, her mother (a luminous Jenny Agutter) advises her to “listen to the men and smile” rather than wield any intellectual prowess. Begging her father to ‘send her anywhere’ away from the comfort of the Shires, she is dispatched on a trip to Tehran where she is seduced by the unsuitably smarmy and langourous charms of James Franco’s, Henry Cadogan, a betting-man and attaché at the British Embassy. A palpable chemistry fizzles between the two and Gertrude is smitten but marriage plans are thwarted by her father, whereupon Cadogan hurls himself from the nearest rockface.

In Egypt, her next port of call, Gertrude actually befriends T E Lawrence – a vapid Robert Pattinson who lacks the charisma or clout of Peter O’Toole. This is a relationship that has more grounding as they were eventually to work together with Winston Churchill on the Ottoman question. But there is no real romantic tension between the pair and while Nicole Kidman has the freedom to create her own persona for the largely unknown character of Gertrude, Pattinson has a difficult act to follow in the dapper footsteps of O’Toole. For her part, Nicole Kidman portrays Gertrude as playful, charming, socially adept and highly elegant. She displays the confidence of good breeding, is never back-footed but supremely poised at every encounter even when she is waylaid by an Arab Sheikh as the intended newcomer to his harem. She presents an ideal female role model for contemporary audiences and yet she is one of many fearless women of the era who were simply held back by their peers and elders rather than by their ambition and capabilities, At 47 she looks extraordinarily delicate in close-ups and moves with a litheness and gentleness in every scene even excelling in a ‘wet tee-shirt moment’. After the Franco affair she creates a similar chemistry with Damian Lewis’s suave Charles Doughty-Wylie, an officer who is captivated by her charms, and the two correspond with smouldering billets doux, despite his ailing marriage.

The desert scenery or Morocco and Jordan is magnificently beguiling and we are carried along by Klaus Badelt’s exotic score that transports us back to Lawrence of Arabia, potent with Eastern promise. And although QUEEN lacks the dramatic punch of David Lean’s epic, the emotional roller-coaster that drives Gertrude forward to bigger and better adventures somehow adds tension to the narrative from a female perspective as Gertrude sublimates her romantic feelings and channels them bravely into higher goals: It’s almost as if Herzog is writing this with a female voice in his head and can read a woman’s mind. There’s also a feeling that QUEEN is a bridge he has built to allow wider and more mainstream audiences access to appreciate his legendary filmmaking talents. Arthouse audiences will enjoy this film but so will those who otherwise may be put off or scared of his usual arthouse or inaccessible fare. MT