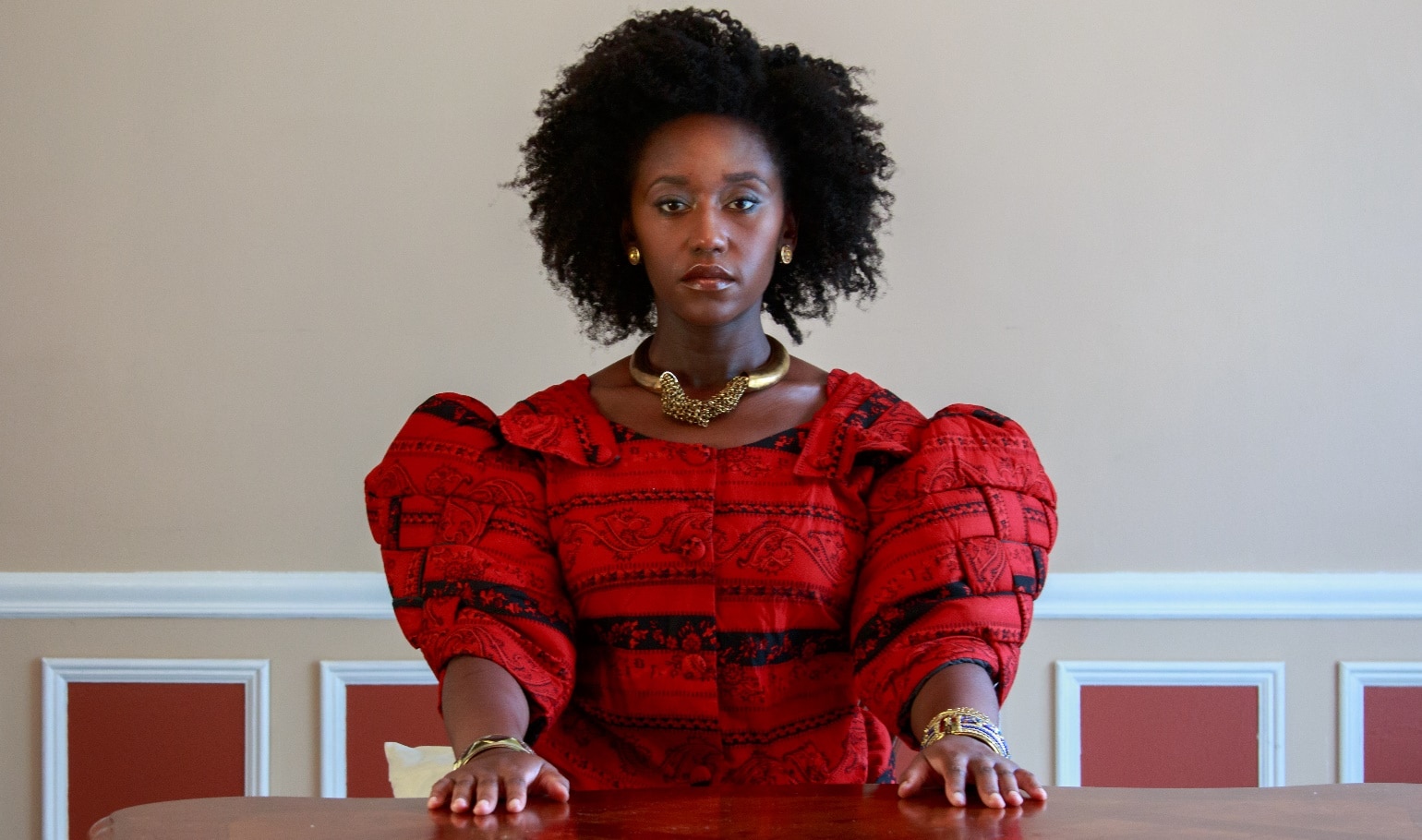 A first time feature for American Ghanian filmmaker Nana Mensah who directs and stars in this lively female empowerment drama, short-changed by her rather uneven script.

In “Little Ghana”, New York’s Bronx, we meet Mensah’s Sarah Obeng studying for a PhD on Molecular Neuro-Oncology at Columbia University. She has a married boyfriend, Lyle (Leon), who works in the same department, and has promised Sarah he will leave his family and move with her to Ohio. We know how this will turn out.

But then tragedy suddenly enters the picture: Sarah’s mother Grace dies of an aneurism, leaving her with a house in Accra, and a shop selling kitsch Christian merchandise run by Pitt (Gattuso), an ex-convict, whose whole body is covered in tattoos. Sarah’s estranger father Godwin (Adjepong) soon fetches up from Accra, angling for a part of the inheritance. Thwarted, he slaps Sarah and treats her like a servant, asking her to follow him to Ghana, but Sarah hits back.

Life in Ghana is very much a family affair. Sarah is sucked into back into domestic scene and has to dress accordingly, her aunts hoping she will soon produce a child. Faced with the appalling misogyny amongst the menfolk, Sarah ends up running the Cult shop with Pitt.

In an interview with ‘Vogue’, the director made it clear she had intended Sarah to be a cis-woman. But this doesn’t quite work with the acceptance of her marginal existence for Sarah – working in the shop, instead of pursuing her scientific career. Going to Ohio State, just to be with her lover was bad enough – exchanging the prestigious Columbia University for an academic backwater – but giving up her profession altogether is a bridge too far.

DoP Cybel Martin underlines the realism of the script, her images brilliantly evoke the choice facing Sarah with the “Tracey Towers” block in Pelham Parkway, Bronx, and the university atmosphere of an environment dominated by academia.

Mensah’s protagonists are cyphers rather than fully-fleshed out personalities: Lyle remains sullen and tight-lipped, and even Gattuso’s Pitt is just a caricature of a semi-reformed convict. Mensah is a committed director and a convincing actor, but even with a running time of 78 minutes and a few laughs, the reductive characters lack authenticity. AS